‘Afiq’s 5 Ps in FingerTec’ is a 5-part mini-series chronicling the writer’s observations on FingerTec Worldwide through the 5 Ps of marketing as he stumbles along his first year in the company. In Part 1, the writer discusses the People component of the tool.

People
When Mark Zuckerberg wants to work with you, he’ll walk with you through the woods behind the Facebook headquarters. At the end of the hike, Mark will simultaneously ‘unveil’ a breathtaking view of Silicon Valley along with an offer you can’t refuse – a job position or business offer from Facebook. Well, since Puchong is no Palo Alto, I did not expect a walk through the woods with FingerTec CEO, Mr Teh Hon Seng. I did, however, hope for other seemly practices that would make me go, “wow, FingerTec people are different” while working here. I wasn’t disappointed there. Read more to see what I saw while people-watching, not unlike Woody Allen.

Camaraderie Among Comrades
Team. This seemed to be the theme in the company, as it was obvious that there was a certain level of chemistry present among the workers that extended outside of their respective departments. The low turnover rate in FingerTec affords a sense of continuity among employees as they grow close to each other. This is apparent in the way they communicate and interact, as there are constantly plans to drink, eat or simply hang out together outside of working hours. The resulting harmony shows in the everyday going-ons of the company, as the level of comfort between colleagues ensures (most of the time) smooth operations even when dealing with crises. So, what’s going to work? Teamwork.

Reading Between the Lines
As a Los Angeles Lakers fan, I’m very familiar with the coaching style of the Zen Master, Phil Jackson. One of the things I like most about the legendary basketball coach is he would give books for his players to read during a season, a once unheard of motivational technique in the sporting world, which brings me to my next observation; There exists a reading and sharing culture among FingerTec employees. Malaysians are notoriously known as a nation that rarely reads, but the company seems unfazed by that. The workers here actually talk about the books they’ve read during breaks, share them among each other and sometimes even use snippets from those books to prove a point in their conversations. Amazing, and it was partly the reason why I imagined I was a young Kobe Bryant when I got some books from my head honcho. And, yes, you’re never too old to still imagine yourself as your favorite athlete. 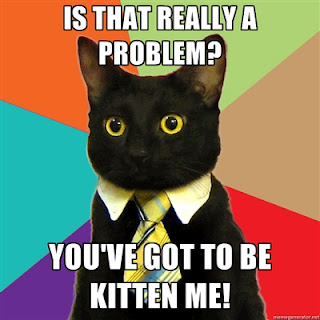 Talent first, fit later
This was an amazing revelation to me, although it touches more on hiring practices than the People element. Upon entering the company as a junior copywriter, I was told by the COO, that I could look around different parts of the company and provide suggestions wherever I see fit. I was also given a choice to undertake tasks outside of my original job scope, as long as I am willing to prepare and learn beforehand. And I wasn’t the only employee afforded this freedom. In fact, attracting talent first and finding a place to fit them later seems to be a working model for FingerTec. This is not an alien concept to some but it does defy conventional practices a little bit. Imagine a football manager wanting to buy 5 world class left wingers, and worrying about where to fit those five on the same starting eleven, later. Is that really a problem, or an awesome opportunity?

Closing Thoughts
Through my first few months here, it’s been an absolutely joyful experience getting to know my colleagues, my fellow FingerTec fighters. Yes, fighters. I’ve realized that the collection of personnel in this company is more akin to a group of soldiers that are given the chance to grow with each other, groomed with tactical knowledge, and handpicked because of their talents. Melancholia aside, this is what makes FingerTec’s People element special. As I look forward to my future in the business, I also look forward to finding out more surprising things about FingerTec. Who knows what I’ll uncover in the other 4 Ps.

About the writer: Afiq Jauhari is a Malaysian Malay male in his late 20s, previously working in a local banking institution before joining FingerTec Worldwide in December 2012 as a Junior Copywriter. His interests include basketball, comedy and writing; and still dreams of becoming a well-liked, funny basketball coach with a few bestselling books.

‘Afiq’s 5 Ps in FingerTec’ is a 5-part mini-series chronicling the writer’s observations on FingerTec Worldwide through the 5 Ps...