The 17th China Public Security Expo held in Shenzhen in 2019 was still as big as the previous years. But I came out of the exhibition halls faster than I did before.

There are more and more homogenized products exhibited at the Expo, and fewer and fewer foreign manufacturers taking part; far less this year. According to a report, only 5%. For China, this is an achievement, because international products have been wiped out and replaced by the locally made products. This trend also means China is capable of producing the same products, as good as its foreign counterparts, and even more economical at that.

But this boasted achievement has quickly become a hidden worry in China.

Because we can almost foresee the outcome, in which foreign products have difficulty to enter China, and Chinese products will be harder to export as well in the future. (I will discuss this in the last chapter)

From the product is king, to the application is king.

The era of “Product is King” has come to an end, “Application is King” is taking the reign.

Now, the products are standalone dotted points, and the applications connect them all, and the connectivity makes the golden age of pure products obsolete. The 4G era of connecting people has completed its mission. The future 5G emerges to connect people and things, things and things. With the rise of IoT or Internet of Things, Internet of Everything, AIoT or Artificial Intelligence of Things, the factories that produce purely standalone objects are getting bitter.

Cheap labour drives the China’s economy. The security industry was initially hardware-driven. Surveillance cameras, access control barriers, clocking readers, and door locks, they all started with hardware. Later, during the era of computerization in the last century, these products were linked to computers. Usually, the front-end of the surveillance camera, access control, etc. is responsible for collecting data. Then the data is transferred into the computer system through some interfaces such as RS232, RS485, TCP/IP for further processing to output the results. From the standalone to the local area network, the manufacturing of products and the programming of software is a division of labour, and the combination of use is also divided. This model is beneficial to China. We witnessed how Hikvision and Dahua have rapidly emerged as international market leaders that dominate the surveillance industry.

Because the hardware has a big profit lies beneath, Chinese manufacturers have focused on hardware for their market expansion. The software has become a complementary accessory. It is usually bundled with hardware as a free of charge item, or charged at a minimum fee; hence, the overall software lacks comprehensive R&D planning and real allocation.

When the arrival of the Internet trend in the late 1990s, China's security industry was unmoved, security products were hardly in deep association with the Internet or could have many benefits obtained from the Internet technology. Simultaneously, Internet companies were born like rapid fire. The big guys in the security industry are still wandering in their comfort zone, thinking that as long as they are big and strong enough in their fields, they would be perpetually invincible.

When these big concepts started to surface, security companies seem never to fail to boast about how their products complement the big technology trends. During the CPSE Exhibition, when we enquired further, we understand that most of them are still in the concept hype stage. The adoption is indeed quite shallow, let alone would cause a paradigm shift in the industry. The hype might fool the capital market, but not the real market and customers. However, this is quite a universal norm for China's security industry.

When we say Factory 4.0 or Manufacturing 4.0, strictly speaking, the factory in Factory 4.0 stage is no longer about a factory, but a tech company. The Factory 4.0 is not merely the adoption of cutting-edge IT equipment, or to enhance the automation process so that it can upgrade itself from Factory 3.0 to 4.0, and it is a thorough DNA reengineering process for an organization. For Factory 4.0, it is not only about the products networkability, but the products also have to integrate with various cloud applications to form a comprehensive IoT ecosystem.

If the progress of 1G to 4G in telecommunications impacted individuals and the B2C consumer market the most, the introduction of 5G is expected to affect B2B significantly, bringing vital change to all industries, the mega smart city projects included. We foresee through interconnectivity between IoTs, and the revolutionary cloud applications, this trend will redefine and rebuild the ecosystems between industries, which is also a massive opportunity for the security industry. It's just that, are you ready? 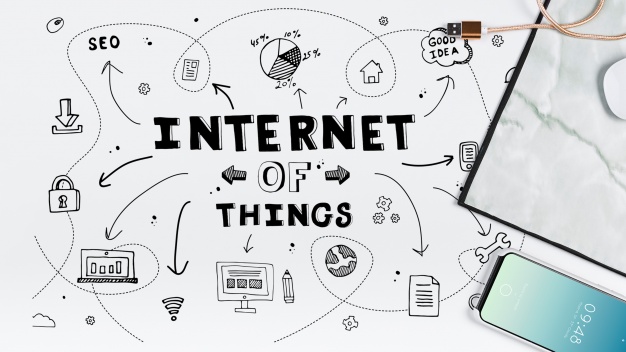 The four elements of the Internet of Things era

1. Cloud computing and cloud applications are the life support of IoT; therefore, the cloud is a must for all industries in the 5G era.

3. Since cloud computing can do 90% of IoT processing, hardware gets simpler and cheaper. This element is a big blow to manufacturers who merely rely on hardware to generate revenue. 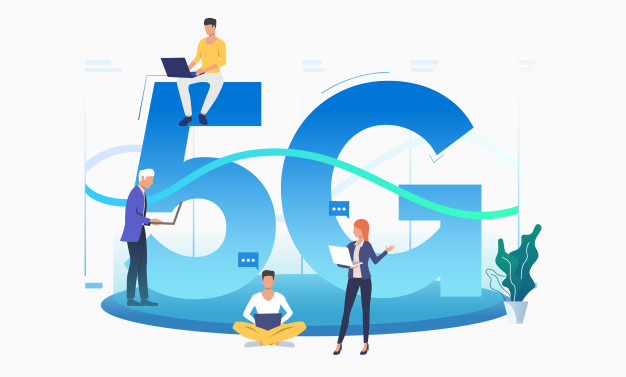 The secured and unsecured security industry

As the 5G era approaches, the IoT era arrives concurrently. The security industry is at the crossroad of innovation. The imminent game-changer is approaching. And big tech companies are more sensitive and ready as compared to the security companies with their infostructure groundwork. And, the siege has begun. Huawei is coming, Baidu is coming, Alibaba is coming, Tencent is coming, there are many more out there making their ways.

No matter how they enter the arena, either as friends or foes, they will directly or indirectly compete and take up some good slice from the security industry. As foes, they compete directly in your territory, with cooler stuff; as friends, they seem to drive traffic to you from their internet platform, but in the end, they will get the upper hand, bag bigger benefits.

It is apparent that the platforms built by the Internet giants, such as the enterprise platform of Alibaba’s DingTalk, Tencent’s WeChat and Small Program, have become the pain points of many industries, including security.

Due to a lack of cloud computing full deployment, the hardware-driven security companies continue to provide free software as a strategy. And, this strategy has made them stalling in developing cloud applications that could generate them with direct profit from subscription-based Software as a Service (SaaS) model. At the same time, they are also unable to use the cloud to drive the hardware sales, and they end up losing at both ends.

The game-changer in the domestic market is not affecting the overseas market just yet. Due to the diversity of the international market, the application of IoT does not influence product-oriented sales entirely. Apart from the impact of the Trade War between the United States and China, some market space for overseas products is still available. However, as China's labour costs rise, the advantage of low-cost products diminishing; and as the IoT and the cloud become mainstream, the export market will be affected tremendously, very soon.

The predicament of China’s export market in the future


Some people may say, why should we separate the traditional Chinese security companies from the incoming Internet companies? If we regard China as a sole force, and these companies merge as one, can they not dominate the world?


Because of China's Great Firewall Policy that segregates China's Internet world from the outside world, it separates the seemingly integrated Internet into two different forms. Extra and tremendous adaptation efforts have to be put in for overseas cloud applications to suit China’s environment, and vice versa for China’s cloud solutions. Integrating an application system is much trickier than adopting individual products; this is the common challenge for the industry players.

The road to moving forward


Whether it suits your agenda or otherwise, technology trends and market ecosystems are moving the IoT way. Hence, how should the security industry player react? My brief view is as follows:


First, the need to deepen awareness about cross-industries and how it works; second, the need to define new products and standards; third, the need for deep integration of 5G and artificial intelligence, cloud computing and other technologies; fourth, the need for an organization to transform from hardware-driven to software-driven.

Only by maintaining an open-minded attitude towards new ideas, willingness to cooperate with new partners, walking the talk, only then security industry players can create new values in the new cross-industry and cross-sector security industry.

Teh Hon Seng, Group CEO of TimeTec Group of Companies. Prior to forming TimeTec, Teh led PUC Founder (MSC) Bhd to be listed on MESDAQ (ACE) market of Bursa Malaysia in 2002. Teh initiated the R&D in fingerprint technology in 2000, which later developed into a renowned global brand for commercial fingerprint product known as FingerTec. In 2008, he foresaw the trend of cloud computing and mobile technology, and over the years, he had strategically diversified and transformed its biometric-focused products into a suite of cloud solutions that aimed at workforce management and security industries including smart communities that centered around the cloud ecosystem. Teh has more than 10 patents to his name, and he is also a columnist in a local newspaper and a writer of several books.
Wednesday, 6 November 2019

Foreword The 17th China Public Security Expo held in Shenzhen in 2019 was still as big as the previous years. But I came out of the ex...