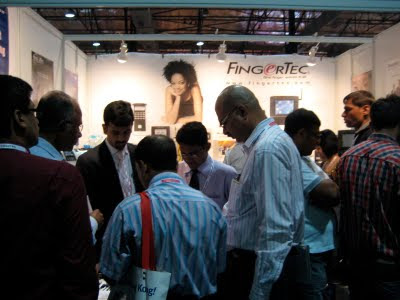 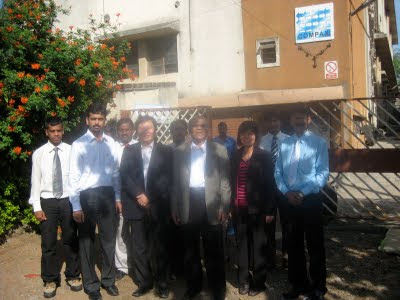 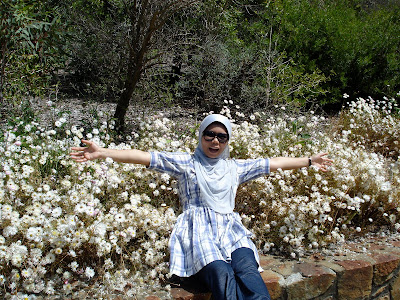 At the Kings Park, Perth Australia
I went to Perth Australia last month for a short break. I had little idea about what Australia is going to offer me but from my readings people review that Perth is one of the best cities in the world and Australia is one of the best vacation spots in the world. A pretty good reason to pay a visit, isn't it?
We took advantage of the AirAsia-X offer, my husband and I flew to Perth to wind down in October. No doubt Perth is a gorgeous city. It's clean, organized and breathtakingly beautiful and peaceful. I don't fancy hustle and bustle, and I love the fact that the city takes its time. The shops are closed at 530pm on weekdays except Friday and a lot of people actually doing exercise outdoor. I took my own sweet time and relaxing as much as I could while enjoying what the city has to offer.
Many people that i know have the idea that Perth is boring (*wink). Well, it depends on what you are looking for. I beg to differ. I even saw with my own eyes a lady happily drinking while driving on early Friday night. Well, she actually waved and shouted at us happily from the car, offering us her drink. Carry on, mate!! 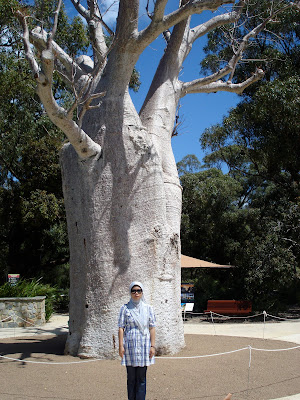 Boab Tree, Perth Australia
What I admire the most about Australia is it's border control. Nobody is an exception and even it's very early in the morning, the officers were all fired up. Very professional, very efficient. With that kind of control, I think a very small percent of offenders can get pass through them. I thought it's only during entry, exit also the same thing. I forgot to take out a jar of honey from my luggage and it's gone.
Quality control steps should be as detailed as Australian Border Control. Every unit has to be checked thoroughly to make sure no error escapes. Are we at the level of Australian Border Control, perhaps not yet but my plan is to name the department Quality Control Australian Style. I will get to it in 2010. Promise! 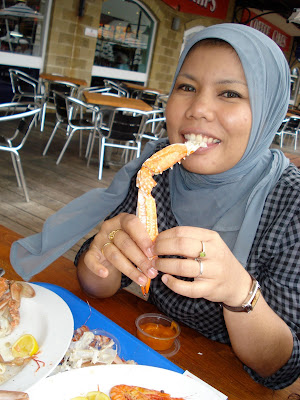 2009 is coming to an end. A pretty tough year in my book. The major disaster was the economy that decided to play pranks and left everybody exasperated. The value of money shrunk, reduced purchasing power and most probably would affect this fiscal year’s PNLs of most companies. The bad economy also had forced players to offer rock bottom dirt prices to opportunists, squeezing the already slim margin to almost flat.
Yet, against all odds, I think FingerTec has done a pretty great job in this year of ox.
Last Friday we had an internal meeting and for the first time were introduced to the prototype of Face ID. I’ve been in the business for almost a decade and I’ve never experienced anything like it. I’ve tried on iris when I was in New Delhi last year but this Face ID is a really cool machine. The gadget you thought was only available in movies. 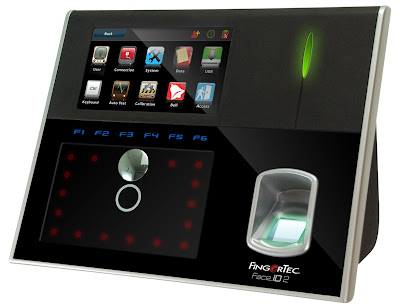 The registration takes less than 2 minutes because the machine needs to get your face in 3 dimensions. Front, left, right, up and down. And, verification takes a split second, unless you cover your face or doing funny distorted facial expression, which trust me, a lot of users would attempt that in the first month of use.
Even when the room was dark, the machine spotted me. It’s truly awesome! The markets are going to be excited about Face ID just as I am and I reckon with the price that we are offering, the Face ID is going to do good in the market.
Another great product, which many customers are asking about, is Smart Keylock 8800. Yesterday I got the chance to experience the prototype that we are going to bring to India for the show, and again, I’m impressed. I’m not biased. I have seen and feel other products but this one is the ultimate. Registration and management of users can be done at this keylock itself through keypads and LCD. It has NO/NC feature, useful for visitor management. You can set the keylock at Normally Open if your office is accessible all day long or you can opt otherwise if you want every user who enters your room is verified before entry. The smart keylock has 2 latches. Motis on top and bar latch in the bottom, added security feature for installation on the front door or main doors of important rooms. The colors and finishing of this Keylock are sophisticated.

We are still doing some minor touch-ups on the Face ID to produce near-to- perfection machine. The release date is pushed back to end of December or early January 2010. The production of Keylock 8800 will start very soon.
Nonetheless, we accept pre-booking of Face ID and Keylock 8800 this month. No payment is required once you make a pre-booking (we will only request the payment prior to delivery).
by Norana Johar, COO, FingerTec HQ
Wednesday, 11 November 2009

2009 is coming to an end. A pretty tough year in my book. The major disaster was the economy that decided to play pranks and left everybo... 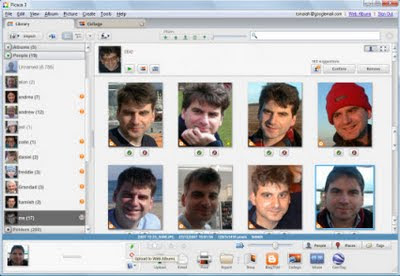 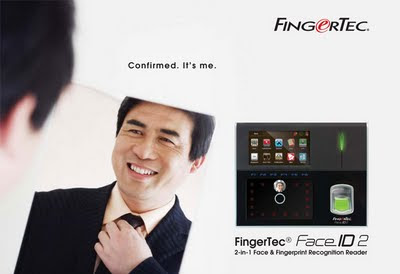