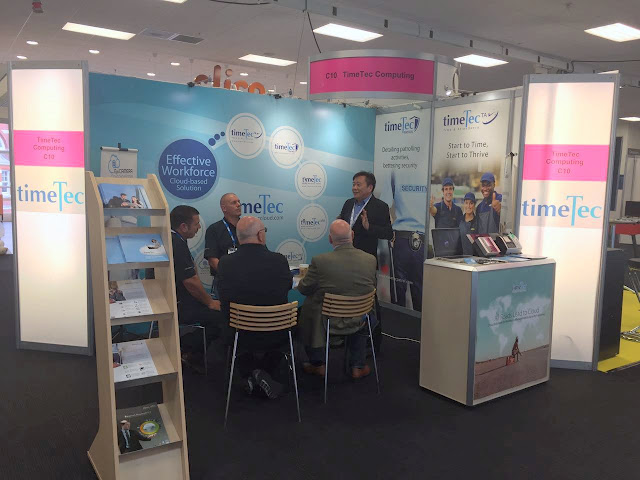 A meet up with UK partners


I witnessed the referendum of UK and it quickly became the historical moment and shocked the world when UK voted to exit the European Union. It happened a day after the Cloud & DevOps World 2016, London. This two-day forum was held at Olympia Exhibition Hall, on the 21st and 22nd of June. Simultaneously or so a three-day Security Exhibition, IFSEC International 2016 was on-going at a much larger exhibition hall in ExCel, London. I have managed to make a visit on its last day, which was on the 23rd, the same day when the Britons casted their votes to mandate on exiting or remaining in EU.

I don't think there’s a need for me to talk about the impacts of Brexit, because it was well taken care of by experts flooding their views in the papers and Internet. I’m just plainly discussing the difference between Cloud & DevOps and IFSEC. If I have to choose, should we remain and partake in Cloud & DevOps next year, or to exit and get back to IFSEC that we left a year ago?

IFSEC is no longer new to those who are actively involved in the security industry. Visiting IFSEC is like meeting some old friends, exchanging pleasantries and gossiping the same old stories. Yes, new products were being introduced every year, like products related to Internet of Things, smart home system, and even cloud technology and Apps, but the vast conventional security products still took up 90% of the exhibition hall. There were hardly any new show-stopping products that manage to create disruptive impacts during the exhibition. In other words there were no WOW moments! No doubt that the trade shows drew larger crowd compared to Cloud & DevOps. However, there were many dull faces that were booth hopping to occupy their time.


Cloud & DevOps World 2016 is a mosaic of Knowledge & Networking Division of Informa PLCC, which operates in the heart of Knowledge & Information Economy. No hush-hush that it is a leading business intelligence, academic publishing, knowledge and event-exploring medium. So forums and exhibitions becomes their main focus just like the auxiliary events.

If we split the cloud technology solutions into 3 main categories, there would be Platform as a service (PaaS), Infrastructure as a Service (IaaS), and Software as a Service (SaaS). If I were to make my two-cents worth wrap up, the show was not equally spread out within the categories. The anticipation to hear from some of the cloud giants like Amazon, Microsoft, and Salesforce were let down, as they did not participate. It was mostly cloud consultancies and service providers exhibiting their cloud management, storage, training, cloud virtualization, optimization assessment, cloud strategy and planning and cloud security. We were proud to take the slice of being the only SaaS provider for our 8 applications in the entire show.

Our partner, Bob Marshall, managing director of CSD Global Group, turned up with his three key personnel and took interest in our new cloud guard tour system, TimeTec Patrol. He also requested a demo account to try on and get familiar with before we could start marketing it. To my surprise, one of the visitors said that he had already created a trial account for TimeTec TA and wants to be our partner. One potential end user with more than a hundred chain stores inquired whether shift swaps are possible in TimeTec TA, which I have told him that it is currently under development. More excitingly we had a very keen company from Turkey who wanted to sign up as our premier partner for I-Neighbour, a residential visitor management system.

I don’t think the response for Cloud & DevOps was overwhelming this year, but we’re certainly happy about cultivating some quality leads. Cloud computing is still in its infancy stage, the exposure and preparation is much more important than making a grand leap in pursuing the sales activities.

I conclude that since we have stridden a giant step to transform ourselves from a biometric product supplier to a cloud solution provider, we now need to establish a cloud platform rather than pinning focus on the existing security market. This whopping huge migration from hardware selling to software subscription clearly firms the need for us to build a Cloud Ecosystem. 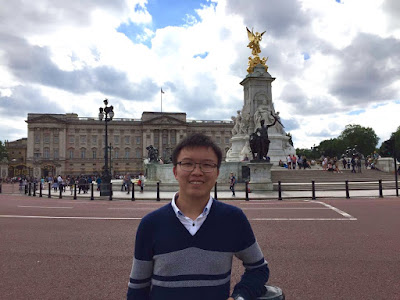 We were in London during the Brexit brouhaha

Therefore, between ‘Brexit’ and ‘Bremain’, I made up my mind: See you again in Cloud & DevOps World 2017 in a much larger Exhibition Hall, ExCel, London.

A meet up with UK partners I witnessed the referendum of UK and it quickly became the historical moment and shocked the world when UK ... 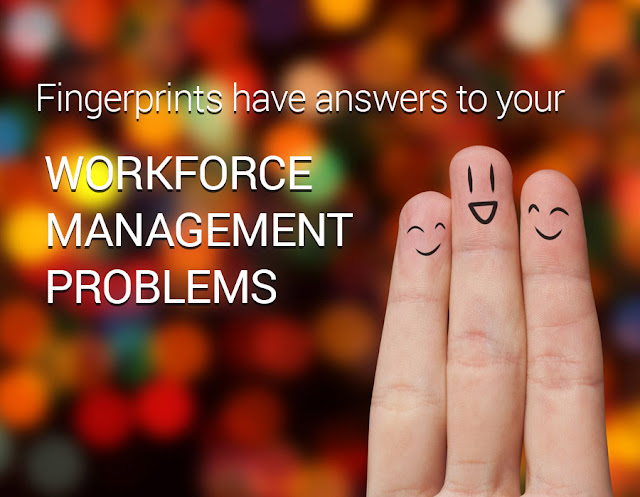 Workforce management gets tougher when the staff count gets larger. Micro managing employee is definitely ineffective and placing total trust on employee also is counterproductive when it comes to dealing with juvenile and conniving staff.

What could be the quick and effective fixes to this remedy workforce management problems?
Here are 5 common problems every office is facing and let us explain how biometrics system can repair them.

Issue: Persistent exploitation of loopholes!
Can the user cheat the attendance system’s record? If a staff can clock in for someone else’s time, there’ll surely be cases where the attendance data is not entirely honest and accurate. Could someone else cover for a job without the superior knowing about it? If someone could bring a stranger into a workplace without being detected, someone would. When employees know the loopholes, someone would exploit it to his benefit, for sure.

Biometrics Fix: When you are whom your body parts say you are, only then your time attendance data will be recorded and door access will be granted. The biometrics system will not allow a fake to proceed, and a fake doesn’t deserve to be in a good company.

Issue: The belief that stealing time is not damaging!
Many employees have this notion that it’s okay to spend company’s time leisurely without even care about the consequence. In business, time equals money and stealing company time can be equated with causing company extra unnecessary operation costs.

Biometrics Fix: FingerTec system records each employee clock-in time, break times, clock out time and overtime accurately based on the employee’s own activities and the times will be matched with the company’s time policy. Hence, if company allows only 10 minutes grace period, and the staff enters the office 20 minutes late, the staff’s record will be reported as 10 minutes late complete with the total late time. If a company doesn’t allow employees to clock in early for overtime, early comers will not cause company extra money. Evidently, each person has a price tag and each minute equals to a sum of money.

Issue: Staying Old School is Always Cool!
When it comes to managing workforce such as maintaining manual attendance record, this old school attitude would spell disaster in many aspects including dealing with data inaccuracy, time-consuming data entry, no linkage to other solution such as payroll, difficulty to trace historical data and many more which in turn would cause a company more money to manage a manual system rather than investing in automated biometrics system.

Biometrics Fix: Biometrics system such as FingerTec is designed to automate time and attendance scheduling process and data collection, and the data is not only accurate but it also can provide reports to the management as and when required plus it’s easily integrated with a third party solution to achieve efficiency and better productivity.
Issue: Data is Isolated!
Companies assume that time and attendance data or door access data could be good for only payroll and not for other purposes. However, having a pool of useful and accurate data describing productivity of your workforce could help the company achieve better than before.

Biometrics Fix: At this day and age, connectivity is utmost important because it’s time consuming to do double job and data is supposed to better lives. By using biometrics solution like FingerTec, you can switch to deploy cloud-based attendance system like TimeTec TA that allows companies to access to data at anytime online and gauge the productivity accordingly plus data will be available on TimeTec Mobile to cater to staff’s mobility.

Issue: Daunted by Change because Change is Complicated!
Some businesses are intimidated by high technology and thinking that a biometrics system would be expensive, hard to maintain and complicated!

Biometrics Fix: FingerTec is a biometrics system that has been made easy for all customers. The implementation of the hardware is straightforward with a lot of user guides and support available online on various channels. The complementary software, Ingress and TCMS V3 are offered in MS access and MySQL and for those who prefer his data to be online, TimeTec TA is available for time and attendance to be used with hardware that have PUSH technology. The automation of workforce management will better improve any company’s operation and it would save a lot of money in a long run.

Workforce management gets tougher when the staff count gets larger. Micro managing employee is definitely ineffective and placing total...