What I have enjoyed most about working in FingerTec is the opportunity to meet people from around the world. It’s not a chance that anybody could have, for me it’s an eye opener, an experience that is so priceless, I wouldn’t want to trade it with anything else. Knowing people from the other parts of the globe with diverse culture and beliefs shape the way I perceived the world. It constitutes a lot to my understanding of the business and the way we should deal with our clients and it also makes me a much better person than I was, well at least I hope so.
One way doesn’t fit all. When I went to New Delhi a couple of years back, I was pleasantly surprised by the Indian hospitality. A sit down with a few cups of tea and coffee with Mr Bhooshan from Compax made me felt welcome and we talked for hours about almost everything under the sun. When the relationship is built and strengthened, business runs smoother and we find ways to prosper together. How could I forget Mr Krishnaraj from Dhonadhi Chennai with his antics, entertaining us throughout the night while sipping on his favorite beer. And at the end of the night, I took the infamous Indian auto from the city to the hotel, enjoying the stale air of Delhi. Talking about Indians bargaining skill, they could have won gold in the Olympics. From that experience, I took it to understand better on how to deal with them, how to build a better business with Indians. 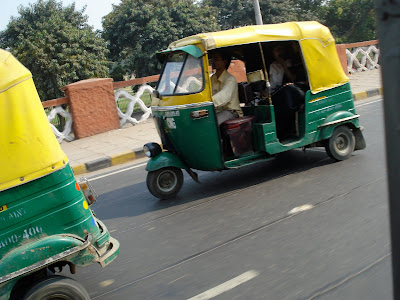 Such a nice ride..
When I arrived in Dubai for InterSec, Abbas from Seven Seas waited for me with a bouquet of roses. It was a nice touch, even though I knew that fetching someone at 4am in the morning was not fun AT ALL. Upon arrival at the hotel, I was welcome with a basket of fruits from IPTec. All of those gestures no matter how big or how small went into my heart and one way or another, it affects the way we perceive and respect each other, and the friendships continue.
Indonesia tells a different story, I have been to Medan and Jakarta for business and friendships. The Indonesians take care of their visitors like VIPs. We don’t have to worry about anything at all and we were constantly being provided with excellent food. The fish head curry was out of this world and Ayam Pop (Pop Chicken) made me thinking about opening a franchise in Malaysia, haha! And believe it or not, I thought I've discovered a new fruit in Indonesia, to later found out that they trimmed the rambutan’s hair because it's full of ants. One thing I realize about Indonesians is, they do not complain. It’s not that I look forward to complaints but I do want to know problems, hurdles, setbacks, anything that could help us to improve our business and us. I guess it’s the culture of people from this part of the world to not nag (complaint) while the guests are around. Nonetheless, our relationships are getting stronger and better by the day. They are like a part of our family.
Fast forward to 2009, I went to the United Kingdom for IFSEC in Birmingham. We took a flight to Standsted Airport and Bob Marshall was waiting for us at the airport. Such a warm welcome which I would never forget. Standsted to Birmingham is quite a distance. And after the show he took us to London and show us around. We hope to receive Bob in Malaysia soon to discuss business and to show him this land of scorching sunshine. 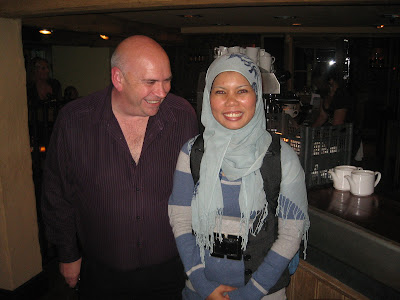 Meeting you again soon!
Apart from traveling overseas and meeting clients, I’m constantly in contact with resellers from around the world through Skype and MSN. And while business is utmost priority, we do talk about our lives and other stuff, and from there relationships grow. We also receive visitations from our resellers every year, introducing them to Malaysian spicy food and to Malaysian hospitality. I do not drive a Mercedes but I hope they feel comfortable riding in my car to the city center. 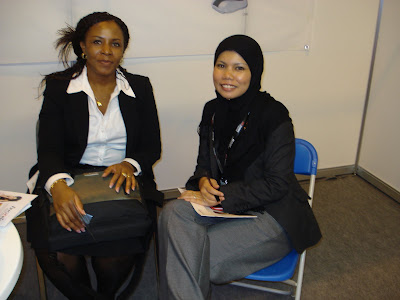 A yearly visit is a must from Rapid Vigil, Nigeria
This Sunday Nattalina and I will be going to Germany for CeBIT 2010. Nobody is going to be there to welcome our arrivals but I have no doubt that we’ll find new relationships to foster, and of course bring some business back too. Good bye, und ich komme bald wieder
by Norana Johar, COO, FingerTec HQ
Friday, 26 February 2010

What I have enjoyed most about working in FingerTec is the opportunity to meet people from around the world. It’s not a chance that anybody ...

The Long Tail Theory popularized by Chris Anderson saying that a powerful new economic force in the world of Internet allows almost unlimited choices. This is particular true for the new era where you’re a retailer and you offer your items over the Internet. The display of your products on the Internet is practically costless if compared to a brick and mortar retail store that involves high operating costs. At the end, the additions of small quantity sales of long-tail niche products maybe larger than the total small percentage of hottest mass selling items. 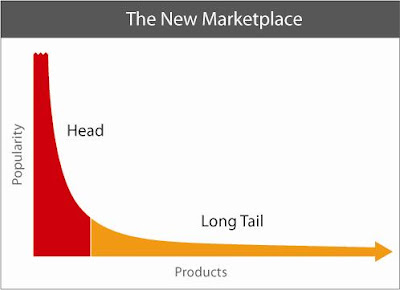 For slow moving products, this is a really good news. Amazon.com can offer endless list of book titles, but Barn and Noble chain stores have to make a wise selection of titles for display in their limited shop space.

The Internet has given us a lot of dreams, and proven some old theories wrong, and created some new ones. Unfortunately the Long Tail Theory sounds great for online retailers, but not for manufacturers.
We are the one who still have to abide by the conventional Pareto Principle’s 80-20 rule. We may tolerate 80% of slow moving items in our product line against the 20% of the hot items i.e. FingerTec TA100 and R2 model, but no manufacturer can afford to produce endless niche products that sell very little.

From product design, to structural design, to molding, to prototype, to sampling, to mass production, to A&P, the investment is snowballing, if the new product is not making a hit, producers have to lick their own wound.

Everyone dreams to become Apple, just one model of iPhone versus a plentiful of Nokia models and still making tones of money. We are no Apple, but what we can do is to limit our new products to a few models every year to avoid long tail, and pray for the newbie to rewrite the Pareto Principle to 70-30, 60-40, 50-50….

And come back from the Chinese New Year, we have finally unveiled the latest three models: 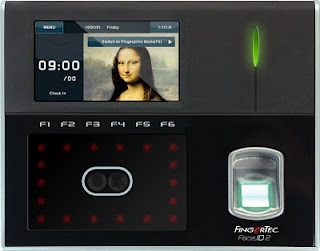 Yeah, it should be released last December, but to make you look good in color on the screen and not just you in black and white image, we had to hold it back until R&D department removes the final hurdle. It’s worth the wait. You can compare it with some of the rival’s products and notice the striking difference. The first batch of the Face ID 2 are all booked, we hope the good news would sustain in a longer period.

This is another much awaited product. To lift the standard of conventional and high-tech fingerprint door lock combined, the effort and investment are three times higher than a normal fingerprint reader. We hope the market proves that it’s worth the economy of effort. 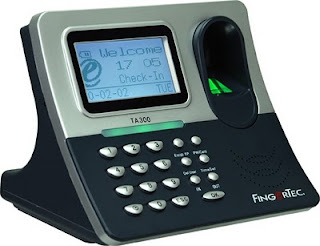 It showed up in my plan a year ago. But the designs were shot down many times until I’m almost given up. But the tireless R&D team kept on trying to keep it alive, and we finally have a desktop standalone fingerprint reader. TA300 is meant for no-installation and low price easy market.

We would release 3 to 4 additional new products this year. To avoid the long wait and the grumbling resellers, this time I have to keep it confidential until it nears production.

But all in all, the more pressing matter now is, forget the Long Tail, what’s in my mind is to beat the damn Pareto principle’s 80-20 rule!

The Long Tail Theory popularized by Chris Anderson saying that a powerful new economic force in the world of Internet allows almost unlim...

The secret that had been safely kept for nine years was revealed last week.

Coming home from her school, my daughter, in a serious tone, asked me, “Is Santa Claus real, or Daddy is the Santa Claus?”

“Why you suddenly bring this up?” I replied uneasily. 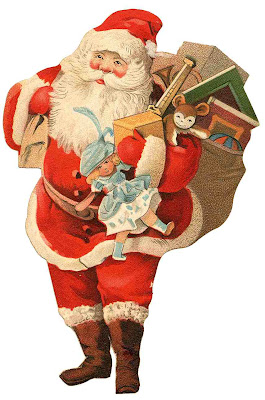 The family had worked hard to keep this secret. For a while I wanted to keep it that way. But if I continued the white lie, she would be a bigger laughing stock in her class later on. Since she would soon discover the truth from someone else, it’s better to come from her dad.

So, I told her the truth.

She laughed out loud at first, but later I saw tears welling up in her eyes. I threw my arms around her.

What a cruel truth.

She told us that she feels happy and sad at the same time. Some of her long unrequited doubts are cleared now, but the anticipation for Christmas would be diminished.

I convinced her that all children would grow up to discover the truth sooner or later, but Daddy will always get Christmas presents.

“But I have to cut my wish list shorter when I know that Daddy is paying for the presents,” she replied glumly.

Santa Claus is children’s best fairy tale, most parents are willing to keep the secret as long as possible. When the real identity of Santa eventually unveiled, the love between the two generations grows stronger.

“That’s why I didn’t get my elephant (toy) last Christmas which I thought supreme Santa should know what I wanted,” she said with a bitter smile.

“I really went to the zoo and asked the keeper to sell one of the baby elephants to me, but he refused,” I joked.

The whole family broke into laughter, and hers with more tears in the eyes. 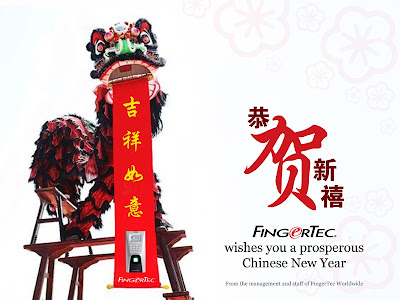 This episode happened a month after Christmas. And now Chinese in Malaysia are preparing for Chinese New Year celebration, which’s just around the corner. I would be taking a week holiday to be with my family starting from 13th February. Despite the two days public holiday in Malaysia, all sales and supports enquiries would be replied within 24-hours. No worry, that’s our promise.

The secret that had been safely kept for nine years was revealed last week. Coming home from her school, my daughter, in a serious tone...