Five Marketing Philosophies: Is That Why We're Here? 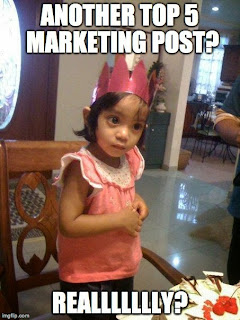 One of my Economics lecturers used to always say, "Welcome to the real world, babies". This was usually delivered whenever he shared industrial applications of textbook knowledge, followed by the usual sounds of "Oh my god, it makes so much sense now" his students' awe and amazement. It wasn't condescending, not at all. In fact, it was liberating. He was acknowledging that we were still 'infants' in the field, with limited knowledge of its workings, but we're at least welcome to learn.

In remembering his teaching methods, I've decided to talk about the five main approaches of marketing through a small child's eye, and lollipops. Each of the five concepts (Production, Product, Selling, Marketing & Societal Marketing) will roughly explain the main objectives of doing business in a simple manner so the knowledge won't be kept just for the 'smart people'. So, read more to share some understanding with these babies! 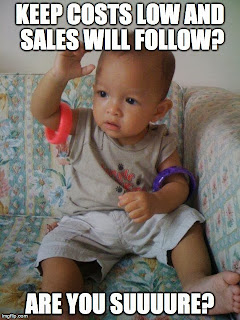 The Production Concept: This is basically the 'calling' for most conventional businesses when the product that they intend to sell is already in the market. Thus, the business will try to get their production methods as efficient as possible to keep costs low, as decreasing their product's price is the only way to increase sales. Here's a good example that even kids can understand. Imagine if you and four of your friends are competing to see how many lollipops you can each make & sell, and the lollipops cost the same because all six of you bought its ingredients from the same supermarket. But what if one you can find a cheaper place to buy the ingredients, and can then sell the candies at a lower price. Guess who'll sell the most lollipops, then? Welcome to the real world, babies. 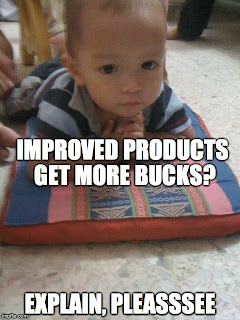 The Product Concept: Simply producing at a lower price is not a sustainable way to do business. This is so because in most cases, a company can only cut so much cost without compromising on product quality. Thus, it is also important to focus on the product itself - by improving its quality, performance and features. Remember the five kids selling the lollipops? Well imagine if one of those kids is actually the son of a Nobel Prize-winning chemist, and has found a way to make lollipops that last five times longer. Guess who'll sell the most lollipops, then? Welcome to the real world, babies. 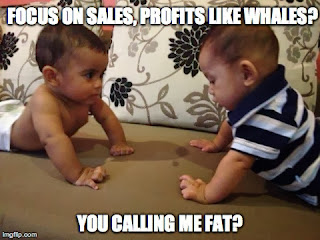 The Selling Concept: In some situations, businesses sometimes funnel most of their resources into sales activities to ensure that their products stand out more than their competitors'. This is usually done in industries where most companies are offering the same product at around the same cost. It's easier to understand if we take a look back at the 'lollipop kids'. What if all of them sells the same candy, but only one of them extends his sales activities to other schools? Guess who'll sell the most lollipops, then? Welcome to the real world, babies. 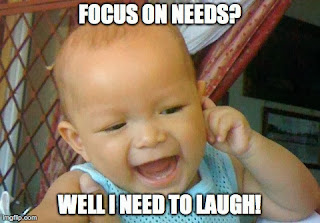 The Marketing Concept: So far, all the three concepts above has focused more on the company's side of things, which are the product, its production and sales. However, some companies tend to focus too heavily on those areas and not put forth enough effort to meet customer's needs and demands. In the end, the goods produced will be of 'just enough-lah' quality to ensure customers keep purchasing them, while the goods itself does not satisfy the full extent of what customers want. Let's go back to the 'lollipop kids', shall we? Let's say one of the kids has realized that his schoolmates prefer the candies in a bigger package. That'll mean an increase in cost, but it's made with the customer's wants in mind. Guess who'll sell the most lollipops, then? Welcome to the real world, babies. 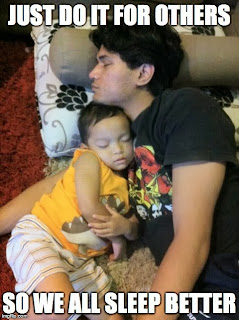 The Societal Marketing Concept: Remember the sayings, "Careful what you wish for" and "It's for the greater good"? These two sayings go hand in hand because it exemplifies the problem faced by most industries - the satisfying of one smaller group of people (the company and its customers) will not likely satisfy the bigger group (society at large) that is involved. This realization has led to the increase in corporate social responsibility practices in recent years as more companies has embraced factors such as environmental impacts, resource shortages and social services in their business operations.

Now, let's tie it back to the 'lollipop kids'. The candies are selling well, but parents are more concerned about their children's future cavity issues. One of the kids realized that this is a huge concern, and has since included a sticker on his lollipops that says "Don't eat too much. Your parents love your smile". The adults that caught wind of this practice feel touched, and end up buying those lollipops for their children themselves. Guess who'll sell the most lollipops, then? Welcome to the real world, babies.

In the current business world, simply choosing one of the above aspects will not be enough to achieve prosperity in the long run. For a company to succeed, there must be a healthy mix of what to focus on, in terms of operating according to one's strengths. In the case of FingerTec, we're always trying to go Beyond Biometrics as we try to improve both our products and ourselves. Take our top two bestselling fingerprint models, for example. The AC100C and TA100C devices are already selling like hot cakes, yet we still humbly listen to our customers (and the industry as a whole) to know what can be changed or improved. As such, the two models will be going through a facelift soon for better installation and enrollment processes. You'll definitely love the changes. Remember to keep yourselves updated with FingerTec Worldwide to know more!

About the writer: Afiq Jauhari is a not-so-single Malaysian Malay male in his late 20s, previously working in a local banking institution before joining FingerTec Worldwide in 2012 as a Junior Copywriter. His interests include basketball, comedy and writing; and still dreams of becoming a well-liked, funny basketball coach with a few bestselling books.

One of my Economics lecturers used to always say, "Welcome to the real world, babies" . This was usually delivered whenever he ...