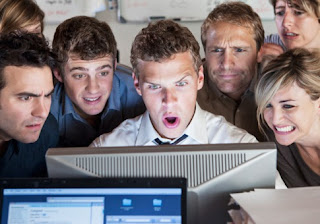 Have you ever had that moment where you read a tweet or a Facebook update, and immediately had the urge to drown yourself?

Despite the rise in social media activity these past few years, you’d think Netizens would have more common sense about what to post and what not to post on their profiles. But the truth is, my friends, that common sense is not really very common to start with.

When it comes to status updates, there is one crucial fact that you have to remember: humans are judgmental and oh boy, judge you they will. Don’t even try to deny this fact, as being judgmental is a very human inert mechanism, designed to reduce your mental efforts where possible. So having said that, when it comes to social media, you may have photo after photo posted up, but there is nothing much for viewers to check out online to see what your personality is like except for the words in your statuses. Body language and tone of speech is absolutely cut out in the Internet world.

The words that you choose to publish online may make or break you (or, you know, might maintain you somewhere in between). It is not unheard of for employees to get fired due to what they have posted on their Facebook accounts, defaming their organization or even their boss, who is actually ON their friends list. Honestly, if you forget such an important piece of detail that your own boss is in your friends list, I think a small part of you kind of deserves to be given the boot.

Recently over here, a certain shopping mall (which I shall not name since I’m on a social platform right now) received hell for some rather rude responses to a customer whom had a valid complaint. A more compromising fact was that this mall was still quite newly opened, and was slowly gaining momentum in its fan-base. This move definitely threw the mall’s progress back a few steps, and personally, I wonder what happened to the employee who posted that comment.

You see, when it comes to managing your company’s social profiles, its not just enough that you have common sense; you need to add a splash of tact, a sprinkle of cross-cultural knowledge, and a pinch of diplomacy, or to sum all these factors up, a whole load of EQ. What may be funny in one country, may be downright insulting to another. Sure, you can have casual-toned posts with the occasional pun hear and there, but even casual posts need to have a value in it, whether it is educating your fans on your product/brand, cracking a related joke, or inviting fans to give their thoughts on a certain matter.

At FingerTec, we have a series of casual posts worth reading, which we’ve created specially for social media coverage. Although it might look like general life tips to you at first, we tie it to the office culture in an effort to associate FingerTec with the workplace. Read our Cubicle World article series here:

In the end, it’s all about shouting out your brand and leaving a lasting impression. If you make enough effort, that impression could be a positive and lasting one. Happy Facebooking, everybody!

Have you ever had that moment where you read a tweet or a Facebook update, and immediately had the urge to drown yourself? Despite t...