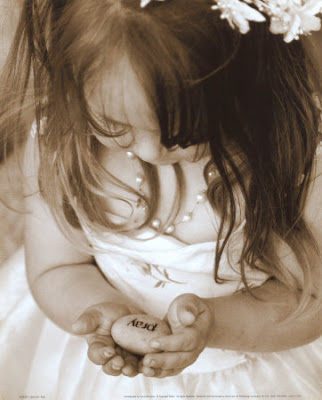 The economy hasn’t made any sign of recovery at the time I’m writing this article. America, while it is hopeful with the change who leads the nation, still is lingered with doubts on the future of the country in terms of economy. Russia is blanketed with questions on how they would recover the credit crunch crisis that leaves many hardworking citizens unemployed. Britain is broke and so are many other countries. Tensions and conflicts continue to worsen around the world, fueled by India-Pakistan crisis which has escalated to a new level of warning following the attacks in Mumbai; Bangkok’s politic remains unpredictable despite democratic selection of the Prime Minister, attacks in Gaza divides the world. It’s indeed melodramatic to keep on singing the poignant tunes. Nonetheless, to remain in business, a certain level of optimism must be preserved. How’s the world faring for us in 2009, I would like to offer my perspective.

Close to Home, Closer to the Heart

South East Asia is a small, yet very relevant region to FingerTec. Credit crunch crisis might have affected some countries like Indonesia, Vietnam and Singapore more severely than the rest due to plummeting of local currencies against the US Dollar; however demands for security products remain positive from the consumer market, as security is still the major concern of businesses. For example, In Malaysia, tax incentive is proposed for security control equipments in 2009, encouraging businesses to put focus on security at the workplace. As promising the market sounds, resellers have to take most of the beatings, managing cash flow to keep the company going, constant haggling for cheaper price with suppliers, at the same time facing the risk of customer pull out at any attempts to increase retail price.

FingerTec has to remain hopeful in the South East Asia with carefully strategize marketing plan in Malaysia and Indonesia, the two biggest markets of FingerTec in this region. On January 15, FingerTec Worldwide in collaboration with CV Retailindo Tech will organize TA100 DIY product launching in Jakarta, targeting smaller offices, which prefer hardware without software complexity. The new founded partnership with Silver Seas rekindles FingerTec’s hope in Vietnam which had been kept in view in the last two years. India is a constant struggle with pricing in order for us to remain relevant in the market that is filled with cheaper goods and mediocre support. Compax is fighting for a space for FingerTec in this tough and price sensitive market.

The love hate relationship between the Middle East and the West doesn’t affect us that much or at all. We hails the Middle East for all different reasons, the business is abundance from this part of the world for FingerTec. Grey marketing remains one of the biggest challenges because apparently the middle easterners are friendlier with their neighboring countries and business moves freely between them across borders, and the fact remains that they know about one another pretty well. Exclusivity in distributorship while on the one hand comforting to both agreed parties, on the other it could spell insignificant tie if parallel importers remained a problem in this region. FingerTec will be showcased in Comex, Mashahad Iran by our partner Toos Anis this January and concurrently we will stage a joint exhibition with Seven Seas, our partner in Dubai at the Intersec, Dubai. FingerTec has made progress in Bangladesh and Pakistan with appointments of new exclusive resellers comprising of Mushko and General Automation that are experienced in the field. FingerTec in Jordan is thriving with assistance from Euro Jordan and we are doing good Kuwait with the push from ITDelta. Rebuilding of Iraq spells good business for FingerTec and requests keep coming from the Middle East for FingerTec due to our localization strategy. Our marketing materials pay attention to the sensitivity of Middle Eastern people; we introduce the picture of a covered Muslim woman instead of the sleeveless FingerTec girl. Mr Benacer Douadi (ben@fingertec.com) is making contact with the Arabs using Arabic language and he speaks French with people from North Africa. Sudan, Nigeria, Egypt and South Africa have done a great job in making FingerTec popular in their respective countries, and with the support from FingerTec, we could do so much more in 2009 in terms of showcasing the products to a larger audience through exhibitions, advertisements and strategic position of FingerTec products in Africa.
All is Not Lost with Extra Efforts and Plenty of Hope

FingerTec is still finding its way to capture the market of the USA, Europe and Russia. All of them are badly hit by the economic downturn. America & Russia are having no money to spend and everything in Europe is getting pricier; still our hopes are not dampened. In March, our team will fly to Moscow for MIPS 2009 hoping to get some business from this Putin country, in May we will participate in IFSEC UK and in July we will head to Miami to attend America’s Fire and Security Show. Mr Batyr Komurzoev (batyr@fingertec.com), FingerTec in charge person of the CIS countries realizes that his tasks are not a walk in the park. Extra efforts are required to connect with the right partner while strategizing on the brand presence over the Internet, in Russian.

FingerTec had salsa and samba in Latin America in 2008 and the music gets saucier in 2009. Mexico and El Salvador maintain positions as two of our largest players in Latin American continent. Sales in Ecuador, Venezuela, Angola, Nicaragua, Peru, Argentina is picking up and requests from other countries are being closely monitored. Spanish language localization has been proven effective and Ms Regielou Rolloque (regie@fingertec.com) is busy building rapport between FingerTec and the clients from the continent. GM Robotic of Mexico will participate in Expo Seguridad México 2009, which will showcase FingerTec in April. Our team will head to Brasil for Exposec 2009 in Sao Paulo, looking for opportunity in the largest country in South America.

And, me and the team are all geared up for the challenge of 2009.