I wrote Social Responsibility in my blogspot last April when Google announced its decision to withdraw from the China market. I continued this topic this time around after the two seemingly not related disasters struck early this year. 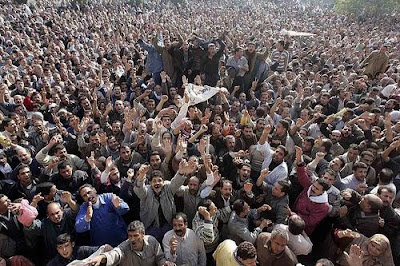 The political Jasmine Revolution sprouted beginning of the year in Tunisia and widely spread across North Africa and Middle East countries; successfully ousted the president of Tunisia, Zine El Abidine Ben Ali, and Egypt, Muhammad Hosni Sayyid Mubarak. The heat continues to influence and arouses the people of the neighboring countries, Yemen, Iran, Libya, and Saudi Arabia etc to go on the protests. The street chaos, affecting some of our partners like Al-Azzahra in Yemen that had to stop their order, as they’re afraid that they might not be able to claim their consignment from the custom. 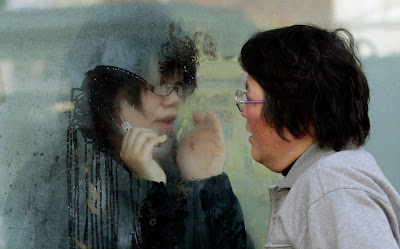 A mother tries to talk to her daughter who has been isolated for signs of radiation after evacuating from the vicinity of Fukushima. (Reuters)

Later on 11th March, an earthquake of magnitude 9.0 hit Japan, and the devastating Tsunami it triggered, paralyzing four of the six reactors in Fukushima's nuclear plant, radiation risk quickly becoming a domestic catastrophe in Japan and later on spreads across the ocean as a foreign threat.

There is a dotted line that ties these two different political and natural disasters in nature, when we look at them in social responsibility perspective.

After the first disaster, my question is, why the governments in the West showed their support to the dictators in the past but when push came to shove, put pressure on them to relinquish power? Why did the foreign banks help the dictators to stash their corrupted money in the past, but were so quick to freeze their assets now? Why did they not do all these much earlier to help the poor people? The answer is simple; the social responsibility issue was not a priority at all until the chaos started to snowball, which in turn might hurt their interests in the long run.

And on the nuclear energy threat issue, we witnessed combinations of governments and corporations whom teamed up to "educate" the people of the importance of nuclear power to generate cheap and efficient energy for the country's future development. They always downplay the risk in their propaganda.

Under the name of development, nuclear power may benefit the country, but it also benefits the corporate or some individual politicians staggeringly. When the same power causes an environmental failure, it is collectively borne and rescued by the ordinary people.

One of the common examples I like to quote is the Kuala Lumpur flash flood problem that hits the city whenever there is a heavy rainfall. It is obviously the impact of inadequate city planning, where the involved companies are happily enjoying the profits, but eventually the government is left to solve the ongoing problems it causes using the taxpayers’ money to improve the drainage system. For this recent nuclear power leakage disaster, the Japan government does not only have to utilize the taxpayers’ money to clean up the mess, but more disastrously, millions of lives, humans, animals and plants are now endangered by the radiation. 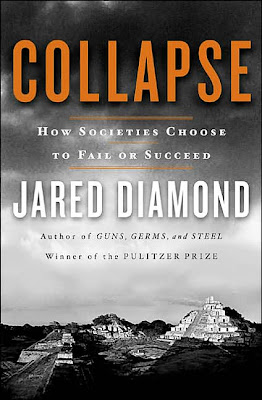 Jared Diamond, the Pulitzer Prize-winning author, discusses why do some societies make disastrous decisions in his bestseller, “Collapse – How Societies Choose to Fail or Succeed”. One of the reasons he said was the clash of interest between people. That is, some people may reason correctly that they can advance their own reasons by committing behaviors that are harmful to others.

He analyzed, “A frequent type of rational bad behavior is ‘good for me, bad for you and for everyone else’ – to put it bluntly, ‘selfish’. A further conflict of interest involving rational behavior arises when the interests of the decision-making elite in power crash with the interests of the rest of society. Especially if the elite can insulate themselves from consequences of their actions, they are likely to do things that profit themselves, regardless of whether those actions hurt everybody else.”

We know that all companies have three groups of people that they need to serve—customers, employees, and shareholders. We also know that most companies would prioritize shareholders first, customers second, and employees the last. If a company keeps the ranking list that way, I doubt that their claim of concerning social responsibility carries any weight. Even their charitable activities or good deeds they may have done are more for the purpose of maintaining their company image, rather than to sincerely fulfill their social responsibilities. Also please bear in mind; the so-called public listed companies are actually serving the minority public rather than the majority. For example, the shareholders for the affected listed power company, if given a chance, would still woo the hike in electricity rates; regardless of whether it will hurt the entire country's economy or not.

Jack Ma, the Chairman of Alibaba.com once proudly announced that he ranked customers first, followed by employees and then shareholders, but to me, this statement was meaningless, merely a hypocritical pretense. Because I always believe, as part of cause and effect, that employees should come first rather than customers. Just as the ISO9000 is a standard to improve product quality, you should ensure the quality of your staff is improving as well; only then will they produce the targeted quality of products or services to benefit customers. 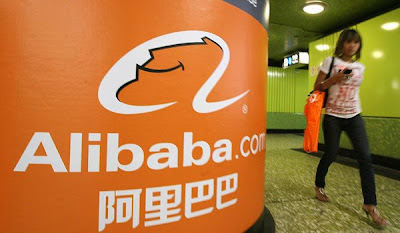 Jack Ma’s way of “priority ranking” backfired last month when Alibaba.com found that over 100 employees are suspected of abetting fraud. And the CEO David Wei and COO Elvis Lee had to take the fall and tender their resignations.

I always think that a responsible company has to arrange their priority to put employees first followed by customers, and profits should only come in the end to benefit shareholders. From how a company places its priorities, we know how seriously a company takes its social responsibility on its shoulders.

I wrote Social Responsibility in my blogspot last April when Google announced its decision to withdraw from the China market. I continued...