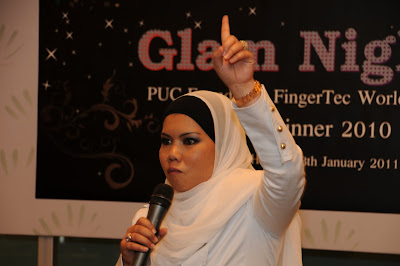 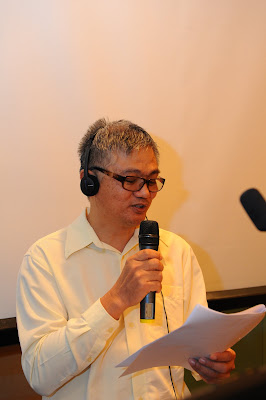 The incomparable Mr Ricky
Ricky a.k.a Mr Licky is our beloved brother. Sometimes he reminds us of the Oscar winning film, The King Speech. You have to have some patience when talking to him but he’s adorable to say the least. One day I heard a blasting laugh from the team. Mr Ricky had said in the phone “Hello, I’m Licky, can I speak to Mr Lion?” We were wondering "Who on earth would name their son Lion?" then we realized it was actually “Hello, I’m Ricky, can I speak to Mr Ryan”. Chinese always have problems pronouncing an "r". Instead of an "aaar", it sounds like "el". And he joined the laugh, realizing what he’s just said. Ricky is in charge of the Malaysia sales and his years of experience in the business gives him that edge when dealing with customers.
Ms Kartina Azlina or better known as Tina has a calming effect on clients. Since she took over the local sales, the figure is getting bigger and better because she uses her special voice when she talks to clients. It’s like the power of a woman’s voice in TomTom, a portable GPS car navigation system, and I’m telling you we have lots of male clients. Well, the fact is, Tina is the person who takes care of your needs all the time. She’s flexible, considerate and most of all kind-hearted. 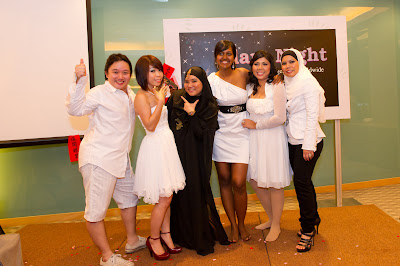 Curtis, Tamy, Natt, Nisha, Tina and Yours Truly.
All in all, the message is clear. We are a bunch of casual people that are committed to our work in FingerTec and take pride at the fact that FingerTec is an organization that cares. We do like to mess around and have fun once in a way, but this is what keeps our flexible and adaptable personality that is, in fact, vital when it comes to dealing with our variety of customers, from young to old, from easy going to extremely picky. Take this opportunity to join our facebook community and get closer to us. Business is one thing but isn’t it good to have a healthy relationship on the side? ☺
by Norana Johar, COO, FingerTec HQ

I would like to present to you a thing or two about FingerTec's team in Malaysia. Are you ready? What makes an employee turnover low in ...