Meeting The Legendary Guy of Bangladesh

Last week I met a great guy. Mr. Abdul Khaleque Pathan looks like an ordinary person in his late forties or early fifties. The difference is, he is a self-made billionaire with a success story that’s legendary in Bangladesh. 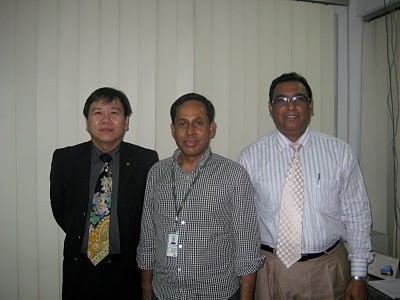 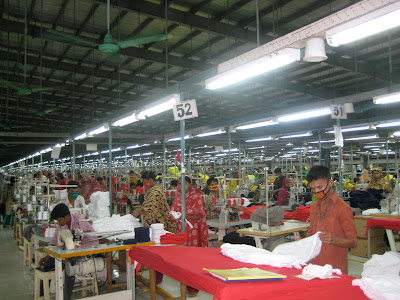 One of the largest garment factories in Bangladesh

It all started with a very humble beginning. Right after high school, he worked as a truck driver. Many years later he started his own business, and now he owns two listed companies, and one of the largest garment factories in the country that are hiring over 13,000 workers. His Khaleque Group of Industries is also producing detergents, soaps and a series of cosmetic products, named after his youngest daughter, Keya.

"I began the business with 20 dollars (1,380 taka) in my pocket," he told me. With no collateral, bank loan was out of the question. Having no willing relatives and friends to lend him a helping hand, hopelessly he turned to the lowest of the low, beggars on the street, and begging them for some startup money.

“Every dime I borrowed from them, I make sure to repay them with interest in the following month. And my beggar friends trusted me.” Who would have thought that the beggar's ‘financial system’ had helped the ambitious and visionary young man overcame his hardest time in life.

He built the business empire in this outskirt hometown of his, Gazipur, which is 40 kilometers away from the big Dhaka city, and still headquartered his whole operation in this small town till now, with the main purpose is to provide more job opportunities to his fellow poor villagers, a fact which I learned later. The welfare he provided to the workers is highly praised in this little township.

Mr. Khaleque’s management discipline was shown by the rows of FingerTec TA103R readers that are laid orderly along the production lines.

"A total of 170 units so far and we expect more to come," Mr. Saifulhaque Kamal, Managing Director of General Automation Ltd., our distributor in Bangladesh, said proudly while walking with me from one end of the production plant to another.

“The automation of time and attendance process has been proven worth the investment,” said Khaleque Group Asst. IT manager, Mr. Nasim "It prevents fraud and saves us a lot of time and money.” 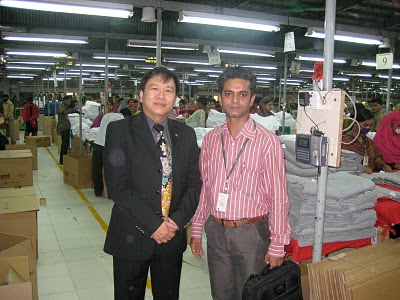 Saiful wasted no time from taking advantage of the meeting rather than it just being a courtesy visit; he struck a deal with Khaleque Group this time for the maintenance contract. It is no surprise his sales of FingerTec improved by 30% each year.

Garments being Bangladesh largest products and exports, the factories are seen mushrooming over Dhaka in the last few years. “Khaleque Group is our biggest single installation so far. Besides, we have a few smaller installations in garment factories that are closed to a hundred units. And we are expecting more projects this year.” Although the traffic is always hectic in Dhaka, where the General Automation office is located, that news felt like the pleasant evening breeze, soothing me in our way back to Dhaka after the visit. 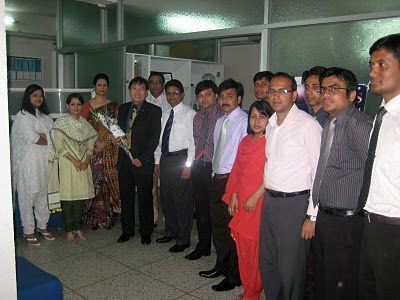 The welcoming was really warm from General Automation

Thanks to Saiful, and his two partners, Mohd. Reazuddin and Shamima, for all their hospitalities while I was in the country, making my two days stay in the land of the Bengalis fruitful and memorable.

Last week I met a great guy. Mr. Abdul Khaleque Pathan looks like an ordinary person in his late forties or early fifties. The difference ...