Humans are pretty weird if you haven’t noticed yet. We evolve and we adapt to our environments. Whose theory was right? Jean-Baptiste Lamarck theorized that giraffe had long neck because of its constant effort to reach the higher leaves. Darwin kicked Lamarck’s arse by introducing the theory of evolution where giraffe that reached the better leaves (higher leaves) survived and multiplied. Darwin went a bit further with his theory, saying that men originated from apes, which I refuse to be a part of; I stay with my human descendants. The fact is, humans adapt. We (humans) always go one way and then reverse, and then we start again following the pattern, to adapt to our surroundings. Take for example, mobile phones. Back in the 80s, the hugest the better. After a while those who hadn’t changed their phones pretended that the ringing phone in the handbag was not hers. Everybody rooted for the smallest Nokia where humans with thumbs exceeding 1 inch in diameter would not be able to use. When PDA phone was introduced, we went big again. The bigger the better and those with PDA phones had smirk in their faces when looking at those having mere talking phones.
Talking about FingerTec, I was with the company since the AC600 model (For the uninitiated (mostly all of you), it’s the-futuristic-protruding weird-looking fingerprint machine which we thought cool at that time and some judges thought the same things as we won several awards for AC600). Now, occasionally we use it to crack a joke. “Whoever gets the highest sales will receive a one-kind award-winning phone.” It’s pretty lame but we rolled on the floor laughing when the AC600 was introduced. 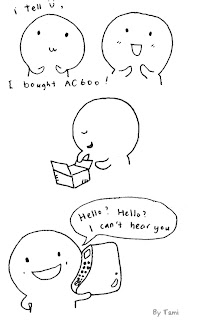 Then we got slimmer with AC900. So slim that many were envious and produced the same thing. One thing they didn’t notice, our AC900 has two strips of silver on the sides. It’s just an illusion to make us look slimmer like most women do. After the introduction of AC900, we shifted our focus to give more; more features, more capacity, more memory, more this, more that which in the end means more money for us and for our clients. While many welcomed our enthusiasm in producing more, one thing we failed to realize at that time was there were people who prefer less. Minimalists do exist, people!
As humans, we adapt and we produce the machines for the minimalist. The simpler, the better they say. And we obliged. Thus, soon we will be introducing TA100 DIY. No software, easy-to-use time attendance reader, easy on your mind and easy on your wallet. My question is, do you think the TA100 DIY will stay small? By now, you get the drift already that we always go one-way and reverse to start again. Check out the latest TA100 DIY to go back to simplicity.

Humans are pretty weird if you haven’t noticed yet. We evolve and we adapt to our environments. Whose theory was right? Jean-Baptiste Lamarc...