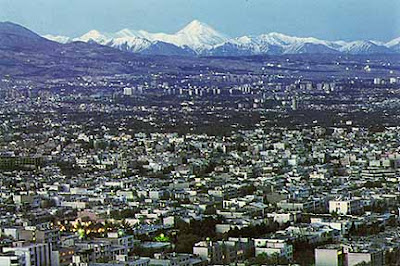 
You won’t find urinal in any gent toilets in Tehran; but it doesn’t really matter, you carry out your business like usual. What really matter is, you have to use cash to pay your hotel, your meals, your shopping, practically everything. No merchants take credit card here. This should be part of the outcome after the US imposed a blanket trade embargo on Iran in the aftermath of the Islam Revolution back in 1979. And most of the active importers have to make Dubai their financial hub to deal with suppliers.

Once strong and fascinating ancient Persian culture slowly receding after the Islam revolution, left Persian carpet, still attracted buyers for its whiff of mystique. No alcohols, no western entertainments and the TV channels could doze you off in a matter of seconds.

What is well perceived by all foreigners: Women have to put on scarf to cover their hair, and enough cloth to cover their body before stepping onto the Iranian’s soil. What’s not so sensitively perceived by me: My exhibition booth’s backdrop showing a model lies on her belly exposing her arms, although considered quite conservative in other places, create some uneasiness here. 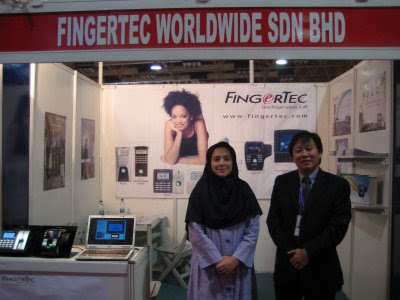 The controversy backdrop and the conservative Ms Mehri Molaee


Being the world’s fourth-largest exporter of oil, the petrol price here is extremely low and enviable, USD0.10 per liter. Tour the city with a cab, you won’t feel the pain.

Back to business: FingerTec is Farsi language-ready for hardware and software; hence the inquiries were overwhelmed in the Trade Show. But without the assistance from my interpreter, Ms Mehri Molaee, the communication would most probably be a halt.

Always strike hard and hope for the best; FingerTec in Iran, and in everywhere.

Tehran, Mt. Damavand in background You won’t find urinal in any gent toilets in Tehran; but it doesn’t really matter, you carry ou...