What is the proper word to describe the revolution of Information Technology?

A lot of people might find “digital” or “digitalization” well suited to explain the trend. I do agree, but “digitalization” is hard to be comprehended by the layman on how the 0 and 1 or bits and bytes did wonders for changing the world. I choose “integration” as the single word that clearly shows the changes.

When PCs invaded offices in the late 80s, some different types of works used to handle by different people, later consolidated to be managed by a lesser few. For example, typist is a bygone job. Why need a typist when you can write on your own PC? For the newspaper industry in the pro-PC era, typesetters used to typeset titles in different typefaces and font size, and contents in smaller point size, and later pass their work to designers to cut and paste with the related photos to construct full pages - but now things have changed as sub-editors took over the task of paginating a whole page.

When PCs were introduced, some workflows were fast to become redundant. The multi-tasking of PCs and transferable of data destroyed plenty of old rules and joined many related professions together. It made the used-to-be natural workflow become unnatural, and started a reformation based on the integration of jobs.

Later when the Internet connected every PC in the world to become one giant web network, the norm of integration was more apparent. A lot of small merchants saw the opportunity and forayed online; but to succeed, they have to show how good their integration ability is. Because to open a brick and mortar store you’ll need money and some intelligence, but to open an online store, you need money with much more intelligence. The complexity to integrate the sales of tangible products in an intangible system sometimes is beyond comprehension. 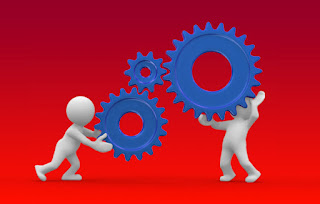 When cloud-computing started becoming the megatrend, the complexity of the integration level is at all heights - customers, billing, payment, sales & marketing, technical support, products & applications, admin & control, etc., are all intertwined. The biggest challenge for the vendor is keeping the complexity behind doors, and displaying the simplicity up front.

And finally, our TimeTec Cloud is making a debut for customers to try after we opened for resellers to register in July. I use this single word, “integration” to conclude our three months of hardwork, and brain-straining labors. And yet we can’t expect any congratulatory flower basket delivered to our storefront; to hope for the glitches to be reduced to a very minimum is good enough.

While all integration efforts go to TimeTec Cloud, another integration task is turned on: consolidating the FingerTec USA website into FingerTec main portal, as a move to promote the effective share of online resources.

I expect further collaboration with our partners to integrate websites around the world of theirs into ours by next year.

What is the proper word to describe the revolution of Information Technology? A lot of people might find “digital” or “digitalization” wel...