On 28th April 2012, in my country, Malaysia, two hundred thousand people staged a peaceful street rally to call for a clean General Election. This was the third, and the largest so far since 2007. Predictably, it ended up with police forces beating and roughing up civilians in broad daylight when chaos erupted. 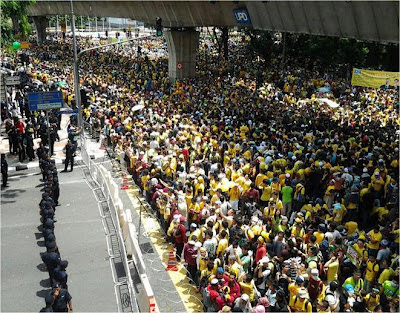 On the following day, the mainstream media, mainly the major newspapers and the government-controlled TV stations, officially shared the same storyline accusing some protesters for removing the barricade the authority used to fence off the Independence Square, which had provoked the police to fire water cannons, shoot tear gas towards the mass and use excessive force on civilians. The news, supported by some photos and video footages showed some protestors pushed through the barricade, threw stones at the police squad, and even overturned and vandalized a police car. 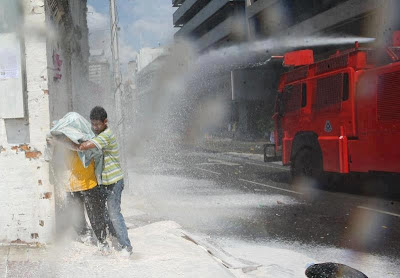 Naturally, this was just one side of the story. The Internet media, which is more liberal, had a totally different storyline. They voiced out that the police should be targeting the provocateurs rather than at the mass majority. The Internet media also produced some evidence to prove that those provocateurs were undercover cops planted by the government to rationalize their planned-attack. The published photos and video footages showed how police had brutally beaten innocent people, and one video clip in particular showed a speeding police car rammed into a crowd, and the bystanders helping to lift and flip the car to rescue a trapped victim underneath.

The Government could claim its triumph over the mass rally by saying that they had “successfully” clamped down the protest, and spread their version of the story. But their “victory” could be followed by the loss of more support in the coming election.

A lot of people especially strong governments and mighty corporations had underestimated the power of the social media in the digital world. For example, this peace rally in Malaysia, when two hundred thousand pairs of eyes, two hundred thousand built-in cameras in their cell phones, started telling their tales, sharing their photos and videos that was candidly captured from different angles in real-time; their beloved family would listen, their friends and relatives would listen, and the stories later would turn viral through social networking media, the whole country would listen, and eventually, the world would listen too.

Those fragmented and unorganized stories, proliferate in debris on Facebook and Twitter, at last would form a larger discourse, and eventually would right the distorted truth.

This is where the Internet is taking the news industry back to the conversational culture of the era before mass media. I quoted this statement from a topic, “Back to the coffee house” in the 7th July, 2011 issue of The Economist. 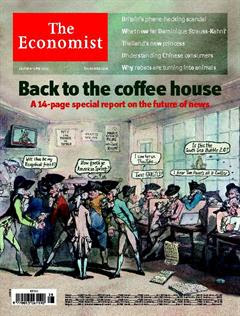 The periodical recalled, “Three hundred years ago news traveled by word of mouth or letter, and circulated in taverns and coffee houses in the form of pamphlets, newsletters and broadsides. Everything changed in 1833 when the first mass-audience newspaper, the New York Sun, pioneered the use of advertising to reduce the cost of news, thus giving advertisers access to a wider audience.”

Nowadays, the accessibility of Internet allows readers to challenge the media elites, and the technology firms including Google, Facebook and Twitter, have become important conduit of personal news.
The web has allowed new providers of news, from individual bloggers to personal publishers, and renewed the approaches to journalism with wider scope in lightning speed. The news agenda is no longer controlled by a few press barons and state outlets.
For big corporations, of course they still can spend big bucks to advertise false information, or to censor some bad publicity, but it is only limited to the mainstream media; the Internet social media would immediately put their accountability to test.
The Internet has abolished the unnecessary hierarchical communications; the autocracy voice from the top down has a reversal change here. In social news environment, customers or public are not the receiving ends.  They are participants. When governments or corporations can’t convert themselves to become good listeners, at least, they have to equalize the communications.
No matter how an organization actively participates in new social media era, the coffee house kinds of gossip culture is back, so changing of mindset is pivotal for organization to really gain in promoting their products, their services or even their brands by and large.

On 28 th April 2012, in my country, Malaysia, two hundred thousand people staged a peaceful street rally to call for a clean General Elect...