This Labor Day, Hong Kong’s first minimum wage came into effect amid the rising public anger over sky-high rents and a growing income gap in the international financial hub. 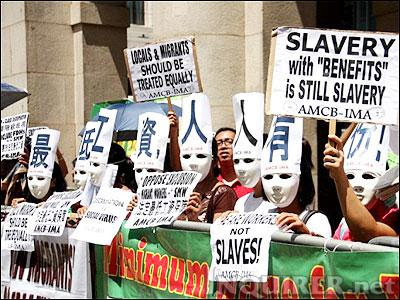 This Labor Day in Australia, between 20,000 to 30,000 workers turned out for Labor Day marches across Queensland celebrating workers' rights. 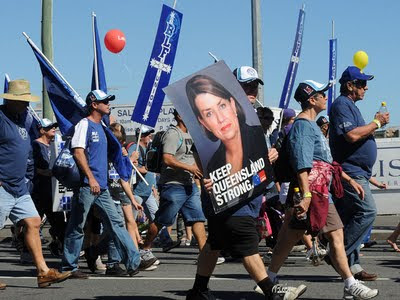 This year in Turkey, Labor Day was celebrated on Sunday with mostly peaceful demonstrations attended by the country’s major labor unions and political parties, a definite contrast if compared to the bloodshed that happened in 1977 during the marching procession in Taksim Square, causing chaos that resulted 34 deaths.

This Labor Day, two Kazakh activists were beaten by police and hospitalized after the police forcibly dispersed groups marking Labor Day in Almaty.

This Labor Day in Malaysia, a demonstration calling for minimum wage saw 21 people being arrested in Kuala Lumpur. They were later released.

This Labor Day, downtown Manhattan was filled with thousands of people from labor and immigrants’ rights groups Sunday, as they manifested to celebrate May Day, an international celebration for workers’ rights annually commemorated on May 1.

This Labor Day holiday, I stayed at home reading “The Rise of Creative Class”, a book written by Richard Florida which discusses the emergence of a new social class, where they use creativity as a key factor in their work in business, education, healthcare, law or some other professions.

The author said in the preface, “human creativity is the ultimate economic resource. The ability to come up with new ideas and better ways of doing things is ultimately what raises productivity and thus living standards. The great transition from the agricultural to the industrial age was of course based upon natural resources and physical labor power, and ultimately gave rise to giant factory complexes in places like Detroit and Pittsburgh. The transformation now substituted one set of physical inputs (land and human labor) for another (raw materials and physical labor) while the current one is based fundamentally on human intelligence, knowledge and creativity”.

For the same reason, when the creative class or knowledged worker number is climbing, you would see Worker Union shrinking naturally, even without any suppression from the government or employers.

I agree on the proposed minimum wage, and support the under privileged class to fight for higher wage from the heightening living burden. And to offset the gradually increased labor costing, employers have to upgrade themselves from a labor-intensive business that is based on price competition to become a creative organization that can improve profitability. And for workers, they have to upgrade themselves too to join the creative class in order to upgrade the quality of lives. That’s the trend, brainpower is always stronger than the labor power, and applies to everyone in all industries.

As we are in the tech industry, this year we celebrated the Labor Day by giving away an iPad 2 to all our staff as a token of appreciation.