Humans can think. That distinguishes us from animals. But it’s sad to learn that in fact, the civilization of mankind is mainly dependant on some brainpower of minority elitists, and that the vast population is merely the recipients of the results outputted from these great human minds.

We are lucky to be born in the Internet Age, which I refer to it as the “couldn't be better” era in mankind history, and I even think that there would be no other era in the future that could possibly be better than now. The good thing about the Internet Age is, to participate you do not necessarily need to be a computer genius, or a wealthy capitalist. There is never a civilization revolution of mankind's history that invites such vast mobilization.

In the few thousand years of our long Agricultural Age, the ordinary people made a living by contributing their manual works in the farmland. They benefited from the Agricultural Revolution; they grew the livestock and cultivated crops in a more efficient way, but the rulers enjoyed the largest pie. Even when you’re smart, it’s hard for you to change your fate as a peasant. 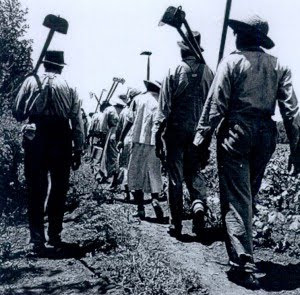 Agricultural Age
When James Watt invented the steam engine in 1744, which led to the Industrial Age for the next two hundred and over years, Science and Technology started to play an important role. However, the capitalists were the ones that dominated the society by setting up manufacturing plants; ordinary people shifted the form of labor from farmland to the factory. Unless you owned a factory, it would have been hard for you to move up to the top of the social ladder. 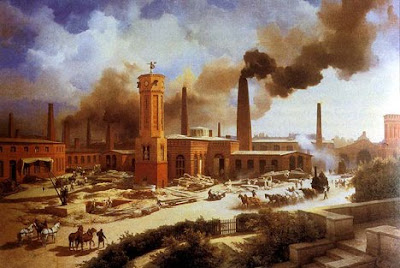 Industrial Age
In the earlier age of the computer era, those who prospered were computer geniuses like Steve Jobs and Bill Gates, not the ordinary people. Intel, IBM, Apple, Microsoft emerged as the new giants that rule the world. And even when you’re smart, it’s not easy for you to become as rich as Bill Gates in such a short period.

The world advanced, but most of us were only bystanders who drooled to see the opportunities slip away because we chose the wrong profession in our lives.

Until, at the arrival of the Internet Age, all of a sudden the gloomy sky brightened; the doors opened wide for those who are willing to participate regardless of their profession. Yes, the computer geniuses still have the edge, however you’re welcome to feast. 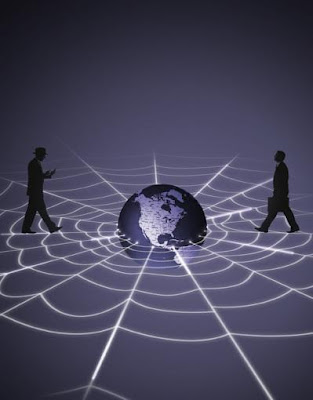 Internet Age
Because, the Internet reshaped the world, interweaving the virtual world with the real, making any wild dreams possible. It invites new concepts, overrules the old rules, topples the old systems, restructures societies, revitalizes the businesses, renews the approaches, rejuvenates the models, reengineers the methods; and in short, the weirdest ideas can be materialized when you have the right ingredients.

Instead of just being a recipient, you can become an active player by adding Internet substance into everything that you do, and the more the merrier. Although we claim that the Internet technology is presently at the post-Web 2.0 stage; the world wide web (www) is still in the Wild Wild West state, you can continue to shape it into anything you like.

And, I predict, restructuring a society is quite a hard task; the Internet will take another twenty years to shape the new world. You may find that the opportunities wither after that.

We are a company that relies heavily on the Internet technology. Without the Internet, I reckon FingerTec would go nowhere instead of traveling to over hundred countries the world over. The products can be killed easily by the hefty technical supports of the old-world’s way. We deploy the Internet technology in our sales and support system, and will continue the R&D to embed the Internet technology into our hardware (Webster) and application software (TimeTec) which are about to be launched this year. And, another new idea that has always been lingering on my mind, a whole new business concept based on Cloud Computing technology. Should we call it Software as a Service (SaaS), Security as a Service (SaaS too), or Platform as a Service (PaaS)? Whatever the name is, the important thing is we should never let the revolutionary opportunity slipping through our fingers.

And, we can expect the next wave of technologies to come along e.g. robotic technology, nanotechnology, biotechnology, quantum technology and etc., but the light would dim again for the ordinary people, because the role of participation obviously would revert as normal recipients. Unless, someone really invented a Time Machine, in which another new world could exist where the present is parallel with the past and the future, then imagination could be stretched to infinity.

Humans can think. That distinguishes us from animals. But it’s sad to learn that in fact, the civilization of mankind is mainly dependant ...