Naturally, everybody would want to be with their family during any holiday and festive seasons. Be it Christmas, Eid, New Year, Diwali, Thanksgivings for example, they have never ceased to gather families near and far. Work becomes secondary in holiday seasons; family is always priority. We saw tens of millions of Chinese pack train stations in big cities of China to return home for Lunar New Year’s family reunion, and the same trend infected the world during these joyous occasions.

At the time I'm writing this entry, the country is celebrating Eid ul-Fitr, the biggest Muslim celebration in Malaysia and other Muslim countries, which creates a huge balik kampung (back to hometown) wave. The traffics on all highways are heavy and bumper to bumper from north to south, and most of our Muslim colleagues are taking extra leaves, and non-Muslim staff have to shoulder more responsibilities during this period.

In FingerTec “family”, the non-Malay staff would willingly help with the workload of the Malay colleagues that have to fulfill their family obligation during festive season; and likewise, in Lunar New Year celebration, Malay colleagues would do the same for the Chinese co-workers.

Over the years also, we have gradually developed FingerTec products into a kind of family concept. For example, card access control models, the Kadex series comprising of Kadex, m-Kadex and i-Kadex, is not only having similarities in function, but the outlook also make it easier for customers to identify them from the same family.

For our R2 and R2i models, not only that they resemble each other in appearance, the R2i also has to be paired with R2 to bring it to life. Now, we are ready to extend these two bestseller models with another two more family members named H2i and FaceID 3. 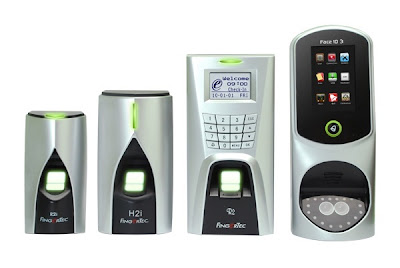 The attempt to produce H2i was far than easy. We had scrapped the prototype a year ago because two must-have features were absent. A new mould was initiated to accommodate the crucial features, after relentless discussions and arguments with the R&D and marketing department. The only consensus we have is that the H2i should be in the R2 family because of the R2i design resemblance.

For FaceID 3, it will be grouped together with FaceID 2 under the same category in all-model brochure, but I purposely place it side-by-side here with R2 series because it inherits the same design concept to strengthen FingerTec image for access control industry. FaceID 3 is not having a fingerprint module; it focuses on face recognition and RFID card module, a decision confidently made after our market research.

We would still need a few more months to deliver these new products. I can imagine how our sales team hates the fact that I disclose this information early because they would have to answer incessant customer inquiries about the price and the actual release date, which currently they do not have. But as family members, they would understand my decision eventually. :-)

Naturally, everybody would want to be with their family during any holiday and festive seasons. Be it Christmas, Eid, New Year, Diwali, T...