Friday, 13 August 2010 company strategies , corporate culture , origin story , past things make me strive for the future while still in the present 0 Comments

Among the many places that we went, my wife suddenly asked me last week: which was my most memorable moment? Without a second thought, the image of dusk at the River Nile during our stay at the Sofitel Resort Hotel, Luxor, Egypt, popped up. And my wife agreed that the same moment would last forever in her memory too. 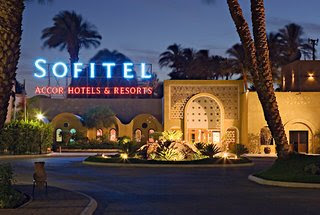 The setting sun slowly descending below the skyline. Clouds hanging low. Strings of smoke swaying upwards at the far opposite riverside of the Land of Death. A gust of wind wafts through the palm trees. Waves rising and subsiding. Chirping birds flapping home. Extraordinary serenity derived from the scene of two yachts moored side-by-side to quay. We strolled on the manicured lawn along the riverbank. That was the moment our minds easily dissolved into; an atmosphere that was shrouded by an ancient pharaoh history.

What an unforgettable moment! 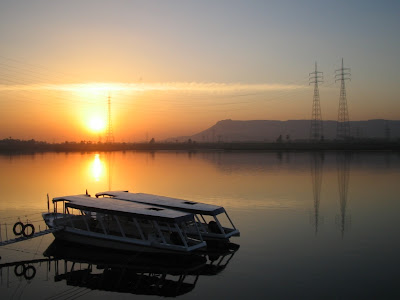 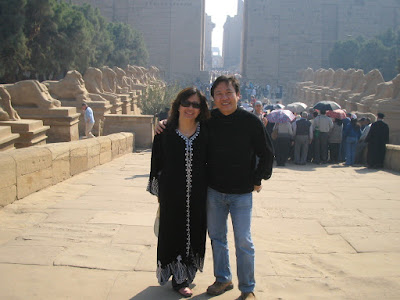 The pharaoh history in Luxor, Egypt

I had, in fact, more than one. So I listed it down as a remembrance of our journey toward glory.

Year 1999 – The trend showed high growth in the Biometric industry especially for the commercial sector. Excitedly we decided to move in to capitalize on the huge potentials. And that’s the one decision that later led us to suffer for a long five years.

Year 2000 – We received the approval letter from the government for an R&D Grant worth approximately RM1 million to develop the first ever fingerprint reader in Malaysia.

Year 2004 - After our first and second model the AC600 and the AC700 hit the road respectively, the response was unexpectedly lukewarm. The high return rate was another big blow. The staff spirited at an all-time low. When R&D staff started to resign one after another together with the executives in charge, I thought our days were numbered.

Year 2006 – When my accountant knocked on my door to announce the improvement of cash flow and that FingerTec sales increased by two folds, I nodded happily and knew the new products, new policy and new sales strategy we introduced in 2005 started to get a positive impact.

Year 2007 – Our marketing manager tabled a statistic to show that our export sales achieved 70% from our total revenue.

Year 2008 – We finally completed the 8 support microsites with a CRM system sitting at the back to ensure service quality. All I knew was that our operations could be kept very slim while the business continued to grow.

Year 2010 – Webster, an integrated product is scheduled to launch by the end of this year to work wonders for customer service; and we expect it to lift us to another level, and to distinguish us from our rivals. A highly hopeful moment started to form in my mind.

But why dwell on the unforgettable if you have a whole future awaiting you?

Among the many places that we went, my wife suddenly asked me last week: which was my most memorable moment? Without a second thought, the...