Maybe I woke up in the wrong side of the bed the day I left Kuala Lumpur. For a start, I wasn’t feeling good, my head was giddy, my nose was stuffy and I had mistaken the date of my flight until I received an sms from Nattalina saying that she would come over at 230pm. The first flight to Singapore via MAS left me feeling flabbergasted with a thumping landing that could wake up a giant. Everything about that flight was vulgar and I didn’t connect with the 1MH, Malaysian Hospitality concept being marketed by MAS. Perhaps, it was the rookie who flew that plane and an hour was a short time to assess an airlines. 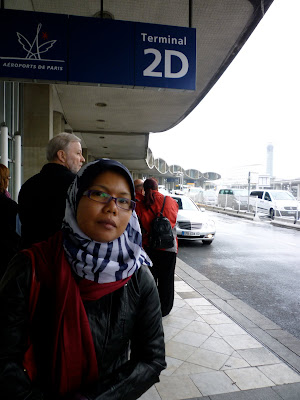 Stranded in Paris
I slept all my way to Paris via AirFrance and arrived at Paris de Guelle at 610am in the morning to discover that the flight to Hannover got cancelled due to bad weather. Apparently we arrived on the day of the Europe storms that left people die and homeless. After about 5 hours of queuing, we received our accommodation for the night and meal tickets from AirFrance. The night spent at Campanile hotel was the night wasted and the next morning at 11pm, we boarded AirFrance to Hannover after a delayed one hour flight. By that time, we hadn’t changed any clothes for two days, we were frustrated, tired and feeling lousy.

It’s a depressing situation but we were determined to make the best out of what we had. Nattalina made a good decision to bring some brochures in our hand carry luggage and we were using those flyers and our beautiful faces to entice people to our booth, which hadn’t been that successful (haha!) 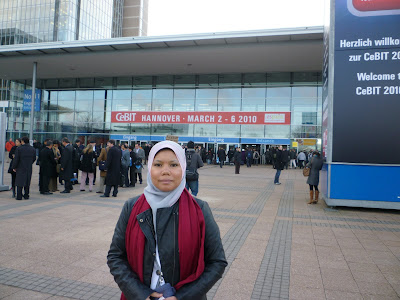 Me in front of the entrance, CeBIT is a humongous show! Kudos to the organizer! 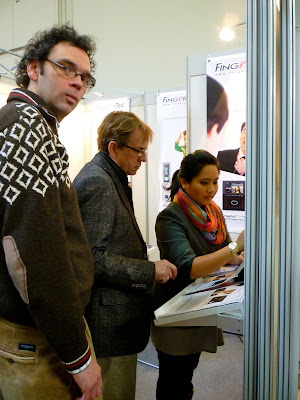 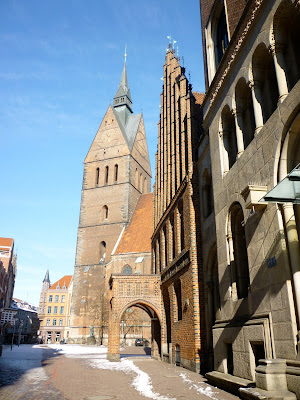 Maybe I woke up in the wrong side of the bed the day I left Kuala Lumpur. For a start, I wasn’t feeling good, my head was giddy, my nose was...