The Most Expensive Fingerprint

Quiz: How much is the worth of the most expensive fingerprint in the world? 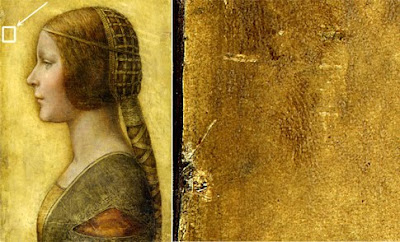 Deliberation: A portrait previously thought to be the work of a German, recently is identified as the work of Leonardo da Vinci, based on a fingerprint left on the top left corner of the portrait. According to an analysis by Paris laboratory Lumiere Technology and forensic art expert, it matches a fingerprint from Leonardo’s “St. Jerome” in the Vatican. This piece of artwork, named La Bella Principessa, was auctioned in 1997 for US$19,000, but now could be worth more than US$ 150 million.

The Morale of the story: If you’re not a thief, and you think you matter, do feel free to leave your fingerprints on anything you touch especially FingerTec machine. You wouldn’t know how much it worth after some times. (Hey! Stop daydreaming, come and collect your paycheck!) :)

Quiz : How much is the worth of the most expensive fingerprint in the world? Answer : Approximately US$ 150 million. The fingerprint be...