Who is Salvador Dali? The Chief Programmer of TCMS V2?

Very unlikely.  We didn’t hire any Spanish to do our software, it’s costly, I reckon.

Then, what is the link between TCMS V2, Time & Attendance Software that bundled with FingerTec readers and he?

A few years back, when we first designed the logo for the software, I gave the idea to absorb Dali's soft-watch painting concept, the graphic designer eventually produced the logo as follows:

Dali employed extensive symbolism in his works.  For instance, the hallmark “soft watches” that first appeared in The Persistence of Memory adopted Einstein’s theory that time is relative and not fixed. For better understanding of time in E=mc2 equation, you may refer to Stephen Hawking’s “The Brief History of Time”. (Frankly, I struggled and only managed to understand the first two chapters)

Here I show you some of Salvador Dali’s interesting surreal paintings: 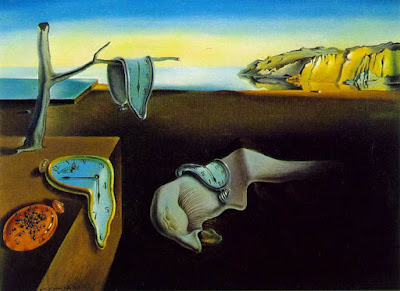 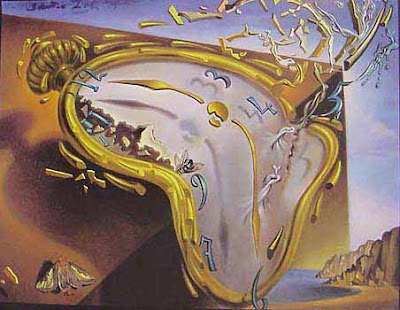 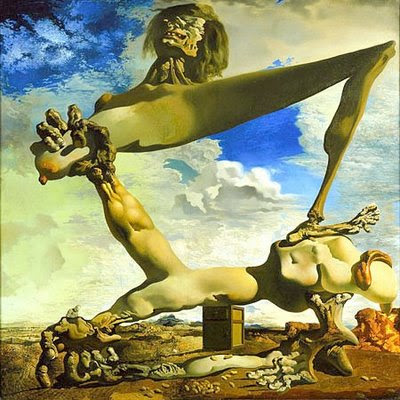 Time is fixed, time is an essence, and punctuality is important (at least in most part of the world). Rush hour traffic, 10 o’clock appointment, 3 o’clock meeting, so on and so forth. This is time in business world.

But time is meaningless when there is no life form in this universe.  Time only appears when life began. When life is gone, seeped into eternity, time becomes static. This is time in philosophers’ world.

“Time is not important, only life is important.” This is the famous phrase in the movie “The Fifth Element”.

We created a verse in our TA100 poster, “When mankind starts to time, the value tends to multiply”.  It conveys the idea that time is not worth as much when nobody cares, therefore when you are timed, it is important to add value to yourself to make your time more valuable. 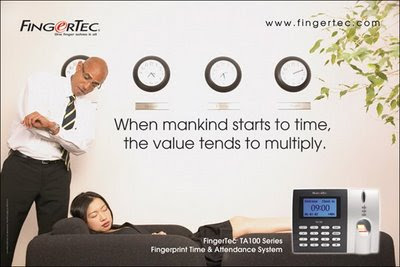 A lifetime is so short, shouldn’t one live a more valuable life?  How to manage time to create value, the value that meaningful to you, and to the society? That’s very much dependant on one’s perception and his or her inclination. As long as this is the value that you pursue, it may end up with some meaning to you (but it may not, in the society’s perspective). You may spend one meaningful hour, but wasted the whole life. It’s relativity too.

Time is fixed, and time is relativity. And it’s a mixed of sense and sensibility, and also art and science. Just like the TCMS V2 soft watches logo (but according to my wife the painting looks like a woman’s ovaries system; I have no issues, it gives birth to life, it’s still a good thing), time is kind of floating in the air…

Now, FingerTec is unveiling the better and more efficient version of TCMS V2 (version 2.2) to spare some of your time to pursue what you wish in life.

Who is Salvador Dali? The Chief Programmer of TCMS V2? Very unlikely.   We didn’t hire any Spanish to do our software, it’s costly, I r...