A Change of System or A System of Change 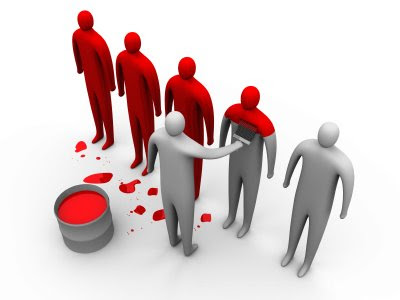 Change is not as easy as it sounds. To change, one needs to have a desire to change and he has to work towards the change. Unwelcome change would definitely face resistance; it doesn’t matter whether it’s a huge or a baby-step change.
To change a clocking system from a normal card system to a fingerprint system is not a mere change of system, it’s a change of attitude.
Card system has ‘flexibility’ in the sense that you don’t have to always be you. Your buddy can act as you and nobody knows. Just give your card and maybe your password to him and you are ‘present’, you are there.
But for a fingerprint system, there’s no exception. The machine doesn’t accept your buddy’s fingerprint to claim it’s yours. It’s not so ‘user-friendly’ in that sense. So, the pressure is on for those who are not punctual or I would like call them “time-cheater”.

Therefore, to change a clocking system to a fingerprint system would face a certain degree of resistance from the time-cheater. It might cause uneasiness to some but at the same time it can also causing havoc and starting damaging rumors and false claims about the fingerprint system just to NOT using it.

Fingerprint Causing Cancer?
So does chocolate. So does deodorant. So does talcum. So does your enemy. That, if you believed everything you read was true. Believe doesn’t make things become true. I believe that my cat can talk, and she actually calls me ‘mommy’.
In an effort to tarnish the credibility of fingerprint system so that they can continue to slacken in their time discipline at the office, some irresponsible parties have claimed that fingerprint system is causing cancer.

A fingerprint system doesn’t radiate any kind of ray except LED light, which has been proven to be harmless to human. And FingerTec systems are CE and FCC certified, again to prove that the products are safe to be used by human beings.
But again, we don’t have to defend ourselves from the false claims by these lazy people because at the end of the day, their intentions were truly selfish.

When you-are-you concept was introduced more than 5 years ago, identity verification was taken to another level by biometrics. The presence of fingerprint verification data is important to prove presence in attendance system and to access certain spaces. Nobody can say he came but no data recorded or claimed that he was not there when his fingerprint data was present.

If this wouldn’t cause you to change attitude towards better time management, what would?

Change is not as easy as it sounds. To change, one needs to have a desire to change and he has to work towards the change. Unwelcome change ...