Because Complexity Never Made Anyone Feel Good 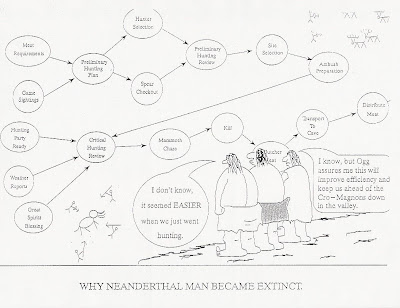 I was introduced to the term fingerprint technology the same year that I bought the dictionary and the year I joined FingerTec Worldwide. Complex and alien words such as algorithm, minutiae points, biometrics, capacitance, and bifurcation were added to my vocabulary.

Minutiae or the points of interest in a fingerprint have 3 significant features. First is known as a ridge, basically a line on a fingerprint. It’s important to determine where these lines end, referred to as ridge endings. Second, if a ridge split, the feature is known as bifurcation, and ridges split in many places and at random. The third important feature on minutiae is a dot or a short ridge.

Combinations of these minutia features make up the uniqueness of fingerprints. And this is just the beginning of a fingerprint story. When algorithm, a set of finite mathematical formula becomes a crucial factor in its technology, the complexity of fingerprint technology intensified. Capacitance has passive and active, optical vs ultrasonic, ultrasonic has to use piezoelectric transducers, etc. While the topic of fingerprint technology might excite scientists and engineers, it is definitely not a cup of tea for the common technologically challenge people who are more interested in merely using the technology and to the business people who are more focused on how they could make money out of this technology.

We tried that in the first few years of FingerTec business. Talking to customers like we were highly qualified scientists trying to sell them high-technology time machine. We explained to customers how the technology works, how the matching is done, even taught them about fingerprint through magnifying glass.
The question is, do customers interested to know how technology works? Let me give you an example. You pick up a mobile, you dial a legitimate number and it connects you to a recipient. You can hear his voice and you can talk for long until the battery or the credit finishes, whichever comes earlier. But did the salesman who sold you the mobile phone tell you how your voice could be transferred from one phone to the exact person you called? Did he explain to you the components that capture the signal emitted by your mobile? That’s what I’m getting at. Consumers do not need to know the details of the technology.

People despise complexity. The only complex that people like, and I’m talking about common people is shopping complex, and that’s maybe only true for women. That’s the reason why Jamie Oliver, The Naked Chef is so popular. That explains why For Dummies and The Complete Idiot’s Guide To titles flooded bookstores around the world. And also why many people fail math and science.

In any marketing activities, which target customers, boost on system’s simplicity, instill the idea of “we solves it all” for you instead of we sell you inventive high technology products which are new and perhaps you are the only one in the world who has it. Customers need to be convinced about efficiency of the system. They don’t need to know how the plane flies but what matters to them is the plane gets them to the destination. They don’t need to know how capable the pilot is because that’s the responsibility of the airlines.

Don’t get intimidated by brands, which boast on their high technologies, it doesn’t really matter to the consumers. Get to the heart of the customers, telling them we care. Like LG says it, Life’s Good with LG. Like Nokia who keeps on connecting people. At FingerTec, we solves it all.
And in attempts not to burden them with explanation about the technology, we shouldn’t burden them with substandard quality of products and services. In short, we have to be true to our marketing promise of making things easy for customers.

Even definition of complexity is very difficult to define. According to Oxford Advanced Learner’s Dictionary version 2000, complexity / nou...