Time is precious. I learnt this later in life when I found myself having not enough time to spend at my own leisure. The brutal fact is, everybody gets 24-hours a day. No one in this world gets more, neither Britney Spears nor Courtney Love. You can’t pray to God and ask for an extra 3 hours in the first week of next month. You just don’t get more. Period. And, it’s totally up to an individual to use hours he gets in his life to make it worthwhile. But at the same time, why did some people achieve more and others did less? Interesting.

Who discovered time?
Time wasn’t an issue in the older days; clocks were merely accessories. Time becomes important when each hour equals dollars and cents. Time becomes vital when companies decided to be calculative; when words like productivity, discipline, and man-hours meant something. In the older days people who did not use the time wisely were just referred to as lazy. 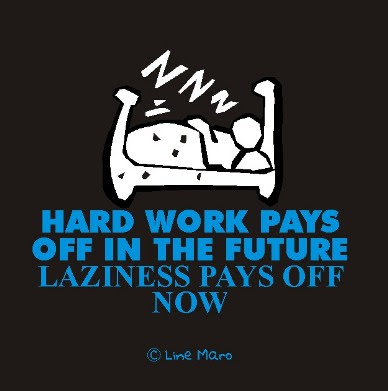 People Did Invent Time Machine
To actually time people, a punch card machine was introduced. Every staff was given a card to time his working hour. There was even a song made about punch card sung by the late Sudirman, which went like this in my translated version. “People were hustling and bustling to get into the office on time. Punch card! You gotta be hurry! Punch card! You gotta be hurry!” I was in primary school at that time and though I didn’t really understand what was a punch card, the melody was catchy. I’m not pulling your leg! A SONG was made about punch card!
When I was serving a government agency 12 years back, my days went in slow motions. They were like Keanu Reeve’s Matrix moments every day except when I had to catch a bus for a ride home. Work finished at 430pm but at 3pm everybody was restless to leave the office. At 4pm, there were some fellows already lined up in front of the punch card machine to make sure a constant 430 for a month on the card.

I could have used some of those times now, if possible, to do some of the things I needed done.

Implementations of the punch card were good until one fine day a ‘brilliant’ employee had an idea to ask his colleague to punch the card for him while he went to watch a movie with his girlfriend. “Buddy-punching” term was created, the meaning spread around and everybody was relieved to discover that the system had flaw. And that was when the resellers of punch card knew that their days were numbered.

Well, not exactly like 10,9, 8, 7, 6 kinda count down. It took the people in the industry years to still be doing cards like proximity and smart card, but when biometrics technique like fingerprint was introduced for office automation, the real thing has arrived. Sorry-dear-friend, I-can’t-help- to-punch-your-time-no-more scenario plagues the offices.

Unfortunately, no song was made this time.

I got a bad news from a friend in USA recently. She told me that its either a pay cut or a job cut for her. She doesn’t really mind a pay cut but what about if the worst happened. In difficult times like this, purse strings are pulled tightly; every cent going out and coming in counts, and everybody realizes he has a Dutch in him. 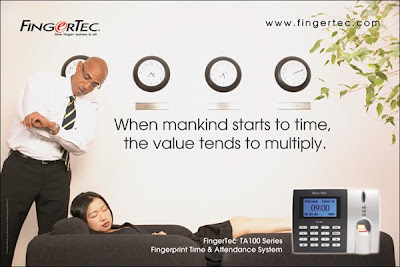 Fingerprint system for time attendance is not about benefiting employer only; it works to the best of both sides. Automated reports generated by fingerprint readers counted hours more honestly than before. Employee has honest records to show his performance and employer has honest records of his employees. And honesty is STILL the best policy!

Time matters. When work hours equal pay and when hours work equals performance, time is a necessity. And by writing this, I spent many minutes of my time not watching my favorite American Idol. Thank God for reruns.

Time is precious. I learnt this later in life when I found myself having not enough time to spend at my own leisure. The brutal fact is, eve...