A biometric device is a hardware terminal designed as an instrument to solve clocking problems, and its complementary software is a program designed as a tool to solve operational problems.  In this biometrics clocking system, clocking plays a lesser role in the entire operating system. Software is indeed pivotal in almost every business system. While FingerTec seems like a hardware’s brand name; we have been preparing ourselves and dispensing more resources in software development for our brighter future.

When the iPhone debuted in 2007, and later the iPad in 2010, they made a huge paradigm shift in the IT world that was once dominated by personal computers.  The computing power that normally stayed intact on a clunky desktop had been shifted into the hands and pockets, which came with them the term ‘mobility’.  Obviously, size did matter; an action used to transfer software from a CD to a computer simply couldn’t be performed for a tablet and smartphone anymore.

However, that was only a bump in the road, since almost all devices are network connected nowadays; you just need to download any software directly from the Internet. The aggressive ones came with another great idea, “Why do we need to download software to a device? Isn’t it easier to log in to a website and use it there?” Hence, the Web and Cloud program were created. And, another smart guy would reply, “Since everyone is carrying a smartphone and staying connected 24 hours now, why don’t we create some specific Apps with different function roles for employees to collaborate at all times?”

And we, as one of the market leaders in time & attendance industry and an innovator ourselves, started to think that since everyone carries a handset, do we really need a special device to do time clocking? This is just like how digital camera became quite irrelevant when the smartphones can take high-quality picture. Instead of letting the newcomers phasing out your products, you may need to take the initiative to kill your own products with newer inventions.

We predict that the industry would inevitably be drifting slowly away from the clocking terminals and, the initial software that runs on Windows Operating System that were usually used by a few administrators, seemed inadequate when the business owners want to tap on the computing power that is within the employees’ grasp.  The software has to reinvent itself and become more accessible among staff, more collaborative among peers, more communicative among superiors and subordinates; and to notify irregularities in real time.

Then, abruptly, the software-as-a-tool’s era is over and software pulsates like a central nervous system, transmitting signals into your business operation.

When the trend is shielded away from a specific hardware but offered other probable methods for clocking, and demanding all of the abovementioned features to be available in the BYOD (Bring Your Own Device) era, another great time of IT for corporations that unavoidably based on cloud computing and business model based on SaaS (Software as a Service) is declared arriving.

This trend supported by Computerworld's 2015 Forecast predicts that 42% of IT decision makers are planning to increase spending on cloud computing in 2015, with the greatest growth in enterprises with over 1,000 employees (52%). By 2018, 59% of the total cloud workloads will be Software-as-a-Service (SaaS) workloads, up from 41% in 2013.

We have another chart to strengthen the upward trend for the adoption of Cloud Services. As normal software application users, you just deal with SaaS providers, and can ignore Platform as a Service (PaaS) and IaaS (Infrastructure as Service) where SaaS providers will deal with them to park their cloud applications onto it.

At FingerTec, we noticed the trend and set our transformation plan since we adopted Salesforce.com as our Cloud CRM system in 2008. Today, we have launched TimeTec, cloud-based time and attendance system (www.timeteccloud.com), and EpiCamera, cloud-based surveillance system (www.epicamera.com), and we continue to add features and refine the systems to meet market expectations. 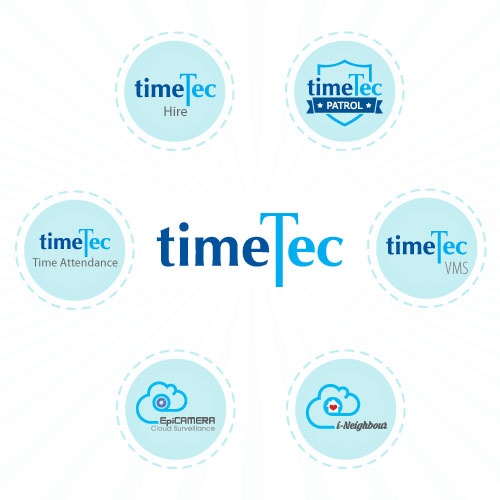 Our determination can even be observed by the change of the company’s name from FingerTec to TimeTec to mark our commitment in this transformation. The transformation will not only happen on the product level but our business approach as well in the foreseeable short future.

A biometric device is a hardware terminal designed as an instrument to solve clocking problems, and its complementary software is a program...