Microwikinomics - Building on the Sharing Spirit

The Internet Guru, Don Tapscott has published a new book Macrowikinomics in 2010; it is not really a sequel to his previous book, Wikinomics that was published four years ago, it is a continuous observation for an expansion trend of the mass collaboration. 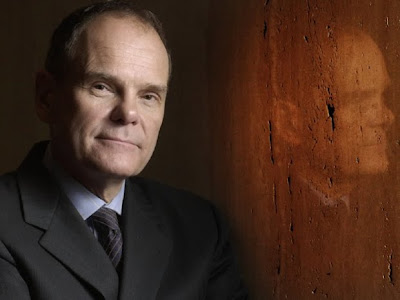 The term Mass Collaboration, popularized by Tapcott in his book Wikinomics is defined in Wikipedia (one of the most successful projects of mass collaboration, where the Wiki-nomics get its name) as a form of collective actions that occur when large numbers of people work independently on a single project, often modular in its nature. Such projects typically take place on the internet using social software and computer-supported collaboration tools such as wiki technologies, which provide a potentially infinite hypertextual substrate within which the collaboration may be situated.

And, in the four years of penning the idea, the author observes that the wikinomics has gone beyond a business or technology trend to become a more encompassing societal shift. He says, wikinomics, defined as the art and science of mass collaboration in business, becomes macrowikinomics; the application of wikinomics and its core principles to society and all of its institutions. Just as millions have contributed to Wikipedia – and thousands still make ongoing contributions to large-scale collaborations like Linux and the human genome project, he urges, why not open-source government, education, science, the production of energy, and even health care? I believe these are not idle fantasies, but real opportunities that the new world of macrowikinomics makes possible. 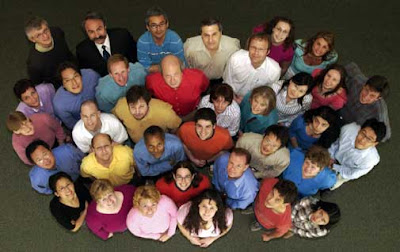 But, just as the macroeconomics reduces its size to economics, and further down to microeconomics, I would like to scale down Tapscott’s macrowikinomics idea to microwikinomics, where mass collaboration does not only apply to those “think big” projects, but to be adopted in a lot smaller communities.

Just like most of the countries, their economies are not driven by a handful of conglomerates; but by the vast number of SMEs (small and medium enterprises), whom are commonly facing the scarce-of-resources problem, the concept of mass collaboration should be strongly promoted in this community.

I actually promote the same concept here within the FingerTec context. Buying and selling of FingerTec products is merely a business activity, to reach the state of mass collaboration, we anticipate resellers to contribute contents to enrich our resource pool.

Over the years, we have built the resource pool of the microsites, mostly on our own, only a handful of our resellers contribute marketing stories, technical tips, translates TCMS V2 software or FingerTec hardware into their local languages, and etc. And in FingerTec Distributor Guidebook, I strongly encourage distributor to tap on our resources to edit their own version of newsletter to enlarge the clout in their local market; this is also a spirit that is derived from the microwikinomics.

I’m not partial to business agreements that bind each other. At FingerTec, we don’t initiate distribution agreement, because the commitment is not all defined by a simple sales figure. If some distributors or resellers continuously contribute to enrich our resource pool, they are like family members to us, rather than sheer business partners. Even if their sales figures are still far from satisfactory, I believe it is just a matter of time before we could observe improvements; and as a family member, we have the patience.

Tapscott lists these five important elements: collaboration, openness, sharing, integrity and interdependence to ensure a successful macrowikinomics. But when I think through, it applies to FingerTec microwikinomics too.

The Internet Guru, Don Tapscott has published a new book Macrowikinomics in 2010; it is not really a sequel to his previous book, Wikinom...