Friday, 4 September 2009 business trends , company strategies , corporate culture , it's easier to talk to someone if you get prior permission , world history 0 Comments

A Feng Shui master friend of mine, who immigrated to Singapore since three years ago, told me it is easier to make money in Singapore.

“When I spoke of their pasts, they were impressed on how accurate I was. So they would start to believe in everything I said about their future,” he continued, “but this does not always work for Malaysians.”

I intrigued to inquire a big WHY? He explained, “The Singapore government plans everything for their citizens, they share almost the same past, present and future, which in short, the same fate; that’s why their future is so predictable.”

A practically smart geomancer, I concluded.

Yes, everyone would like to be certain about their future, even for a corporate, to move forward, they have to figure out what lies ahead. In order to get to the right path, the quickest way is to seek advice from a crystal ball. :-) In fact, to get a clear picture of a future, the more you need to understand is the past. Not only for an individual, it also applies to a company at industry level, a government at country and world level. In my opinion, everyone needs to study the world history to better understand our present world.

If you are a bit lazy, you can take a shortcut and skip the history before AD1500. Apparently, the modern world has come to be what it is only the short compass of the last 5 hundred years, when the European power, Spain, Portugal, France and Britain started to sail out from the continents with their fleets to explore the unknown world, eagerly expanding their colonized empire. That should be the first wave of globalization, and it changed everything that it used to be. 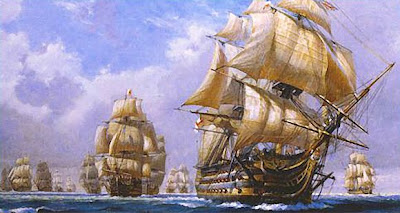 Sail into the unknown

It ended up with why Brazilians speak Portuguese, and the rest of Latin Americans speak Spanish, and some Africans like Algerians, Moroccans and Tunisians also speak French, besides Arabic as their national language.

So, when we decided to take FingerTec to the world market, we’re not like the complacent Japanese who export their products in pure Japanese language, or like most of the other businesses when go global would think English should be sufficient to concur the world. When the Arabians greet you with “Assalamualaikum” and Latin Americans “Hola” you, English is quickly shrunk to an incomprehensible piece of crumpled brochure in their hands.

A variety of local-enough languages remain as our promise to the world, and we also introduce a mini United Nations convoy in sales and support departments: Regielou Rolloque, a Pinay with an excellent command of Spanish and her native Tagalog; Benacer Douadi, an Algerian who speaks Arabic and French; Batyr Komurzoev, a Russian who Привет you if you are from CIS countries, Tamy Phoon and Bee Lay for Chinese language, and Norana and Nattalina for Malay and Indonesian, all of them can speak and write good English too. To deal with us, you would be a happier customer. 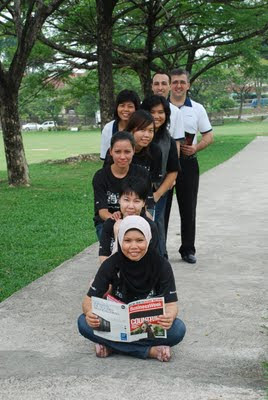 To penetrate a country, we have to understand their pasts, and know their present. The Economists, Business Week, Asia Week and A&S International are readily available in the office for their reading pleasures, and of course Wikipedia, Google, are at the tips of their fingers. It’s imperative that they have information about other countries and cultures in order to work closely with numerous customers for profitable future.

The first wave of globalization (colonization) had begun with force, and ended up with retaliation from the colonized natives. When a product tries to go global in today’s ‘more officially’ declared globalization age, I saw the same mistake is made but in a different form for some companies.

This time around, some China biometrics companies, bombarding their so-called target potentials with repeated ‘force’ emails to promote their low-price products, I’m sure they will get rebuke very soon. One of their typical emails, with a broken English goes like “I am so and so, thinks for your time, I got your company's information from Internet and know your business is around the security products…” And they will keep irritate you with the same email once every few days, ignoring the hints that without a reply, there is no interest.

In FingerTec, we learned from history, in a smarter way, and avoid repeating the same mistakes and adopts permission marketing as our basic marketing concept. And we keep receiving emails from our potential customers who would want to become our partners.
I will discuss our permission marketing approach in my next article.

A Feng Shu i master friend of mine, who immigrated to Singapore since three years ago, told me it is easier to make money in Singapore. ...