I had traveled to more than twenty countries within the past few years, mostly attending to FingerTec business. From one country to another, my brief stay minus the working hours, I had very little time to explore the country, the people, and their cultures further.

Regardless, I still would like to share with you snippets of my vivid memories for the 10 chosen countries that I’d been to.

1. Buenos Aires, Argentina: The Argentines like puppies, very much. You can easily spot dog-lovers walking ten dogs or more in the park. But mind your steps for the dog s***. The Argentines are laidback, friendly people. Tango dance is a part of their life. From the brief stay, I felt the peaceful Argentina. Lucky me, I got the “once-in-a-lifetime chance” to witness once a century snowfall last July in Buenos Aires. A news broadcaster confirmed that the last reported snowfall was in 1918. 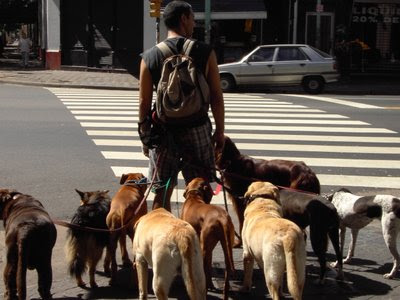 You walk one, I walk nine


2. Sao Paulo and Rio de Janeiro, Brazil: Goods are expensive in Brazil, roughly twice the price tag of Argentina due to the high import duties. There is a huge taxometer stood before the City Hall transparently showing total tax collected by the government in every split second. Where did the money go? Don’t ask. Standard of living is skyrocketed here; hence life is a struggle for the average people. Easy payment or installment is a common commercial practice, even for a pair of shoes, a t-shirt, a holiday package and daily items. No surprise to learn that Sao Paulo and Rio de Janeiro have high crime rates, more of slums and homeless too.


3. California, United States: Unlike other countries, you will not find any toilet before the immigration clearance in many airports (perhaps all?) in the United States. Reminder I: Empty your bladder before arrival. Reminder II: Be patient, the immigration check was slow and thorough, equipped with iris-scan and fingerprint recognition devices. How I loathe biometrics verification at that moment. :-) It’s common knowledge that the stringent security was the outcome of 9/11 attack. Reminder III: Even if you’re just a transit passenger, you have to endure the same border control nightmare before boarding your next flight. So make sure you have a visa intact in your passport and, empty your bladder prior to your arrival. 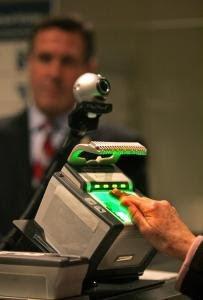 Biometrics verification at the airport


4. Cairo and Luxor, Egypt: The ancient Egyptian civilization had died long before the sprout of Islamic civilization, so the two civilizations had never met, and never mixed, either. Cairo to me isn't at all a gentle city; it is an all-out assault on the senses. Chaotic, noisy, polluted, totally unpredictable and seething with people. But I was shockingly happy in the Cairo Museum, not because it displays hundreds of thousands of millennia old antiques, but unexpectedly the visitors are allowed to be so close proximity with a large number of the scattered and unprotected treasures by touching or even molesting them, :-) and nobody really care to stop you. In Luxor, I like the dusk moment on the Nile; it looks extraordinarily tranquil and exquisitely beautiful. 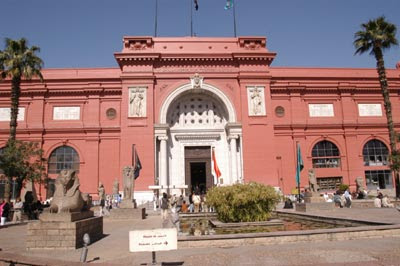 Cairo Museum
5. Dubai, UAE: Burj Al Arab, deemed the best hotel in the world? Don’t be fooled by the publicity. It looks beautiful from the outside, but unbearably vulgar from the inside, and relatively, small. Reminder I: Unless you’re the hotel guest, or else make a reservation for at least an afternoon tea to gain the access. In other words, no free entry. Reminder II: Once you’re in there, you probably regretted your visit, like me. In Dubai, I particularly admire the billboards along the roads, barking all the glamour and exaggerated slogans. The congestion in Dubai was worse than the notorious Bangkok’s traffic during peak hours. Most of expatriates live in Sharjah due to the lower rent and averagely spend 3 hours daily to commute to work in Dubai city. 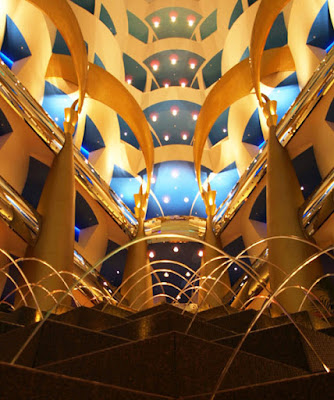 Unbearably vulgar look from the inside of Burj Al Arab Hotel

6. Rome, Pompeii and Milan, Italy: A hint threads weaving the three different stages of civilization to enrich Italy culture. The first, the ancient philosophical and mighty Rome empires that happened two and a half thousand years ago. Secondly, the art and cultural Renaissance Rome in 15th Century Medieval; and the third, a strong sign of modern fashion and designing culture, proven by the ubiquitous graffiti in the cities. :-) My visit to Italy with my wife solely for leisure, apparently with different interest. My wife who worked in the fashion industry fixed her gaze on Gucci and Prada in Milan, and I set my eyes at the excavated historical city in Pompeii, for which the city is completely buried during a long catastrophic eruption of the volcano Mount Vesuvius on 24 August, AD79. 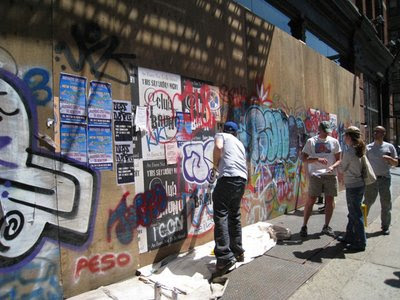 
7. Amsterdam, Netherlands: A tourism city. The tram system can lead you to anywhere in the city. Very convenient. Three major sightseeing spots in Amsterdam: canals and bridges, canals and bridges, and canals and bridges, crisscrossed the whole city. Quite some Chinese restaurants with original taste. And the must-visit red-light district, a network of alleys containing several hundred tiny one-room apartments rented by female Prostitutes, who offer their services from behind a window or a glass door. Take a walk there, but not necessarily take a shot. Recommendation: If you’re an art lover, don’t miss the Van Gogh Museum. 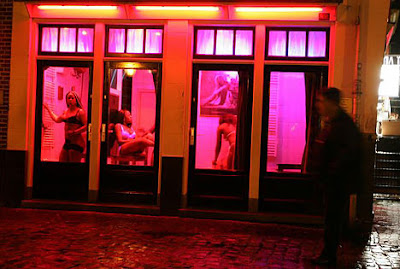 Take a walk, not necessarily take a shot in red light district
8. Colombo, Sri Lanka: A safe place, according to the Sri Lankan in jokingly tone, because the city was well guarded by the army. Security checkpoints at every road access to the city, and the armed soldiers patrol casually on the busy street are everywhere to be seen. Their mission, of course to take care of your safety, :-) and to hunt the Tamil Tigers in the concrete jungle. Tamil Tigers, a militant Sri Lankan Tamil nationalist organization that has waged a violent secessionist campaign against the Sri Lankan government since the 1970s. One of their infamous strategies: suicide bombing. 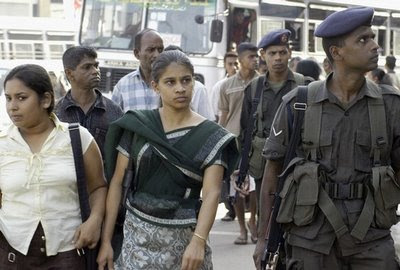 Feel safe?
9. Ho Chi Minh City, Vietnam: Very high ratio of young population. They roam enthusiastically with their motorcycles days and nights in the capital city that once called Saigon. The baby boom (1946-1964) for the world started after the World War II, but the baby boom in Vietnam (1975 – 1995) begun three decades later after the Vietnam War. Now, the youth, becoming the most valuable resources for their economy reform in the Information Era. Thinking to shift your production to Vietnam? Think again. The labor is cheap, but the land tells a different story. And the recent currency plunge increases the uncertainties. 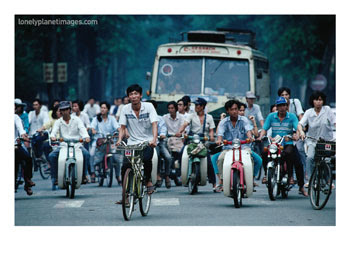 10. Seoul, Korea: Where are you around 11 to 12 at night? I was most probably in my pyjamas reading or surfing the net and getting ready for bed. But to most of the working class in Seoul, they’re still hopping from one pub to another, joined by their co-workers and clients in small groups. Once out from the pub, still in full office attire, a loosen tie and unkempt shirt, they’d sway drunkenly or sing out loud along the street. This common street scene is similar to Tokyo, both working class are workaholics and alcoholics. 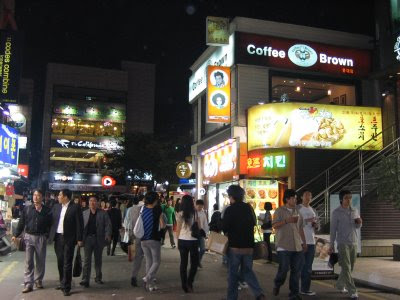 11. Malaysia: This one is a bonus, because Malaysia is my country. Malaysia is a multi racial (Malay, Chinese, Indian, and other minorities) and multi cultural country. That’s the reason why FingerTec speaks many languages, and understand your needs better than anyone else in the world. The landmark building, Twin Towers, once was the tallest in the world. And the political arena is getting more interesting now. 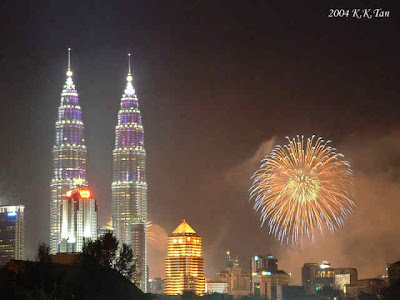 If you have anything to say or any agreement or disagreement towards my article or to point out my possibly mistakes, you’re welcome to comment.

Note: Some photos are downloaded from the Internet to better suit to my writing.

I had traveled to more than twenty countries within the past few years, mostly attending to FingerTec business. From one country to anothe...