Monday, 25 July 2011 art is present in all we do , corporate culture , philosophy 0 Comments

My wife, daughter and I arrived for a vacation in Paris on the 15th of July; a day after the French celebrated their National Day.

In 14th of July 1789, exactly 222 years ago, the people of France staged a rally to storm the notorious Bastille fortress-prison to release the political prisoners, and the date was celebrated as a notion of uprising of a modern nation, and sparked a Revolution that resulted in the collapse of the French monarch (although democracy republic of French was truly achieved in 1875), and eventually sent Louis the XVI and his wife, Marie Antoinette to the guillotine 4 years later. 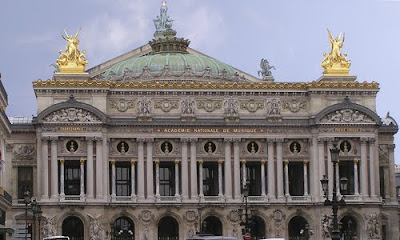 I stayed within walking distance to the Paris Opera House, the Phantom of the Opera echoed beautifully in my ears

The modern era unfolds in the enlightenment of the French Revolution. The growth of the republics and the liberal democracies, the equal opportunities and the human rights, the spread of secularism, are all the outcomes of this Revolution that took place 200 years ago.
When a lot of people admiring the magnificent edifices that are left behind by the rulers such as Palace of Versailles in 1682 by King Louis XIV, and Arc de Triomphe monument commissioned in 1806 to celebrate the victory of Austerlitz by Napoleon Bonaparte, or the iconic Eifel Tower to mark the 1889 World’s Fair, where tourists snap pictures to prove their presence in Paris, it seems to me that the real contribution to the development of modern civilization lays in the four volumes of book, The Social Contract, or Principles of Political Right, written by a French philosopher, Jean-Jacques Rousseau (1712-1778), which heavily influenced the Revolution, and became the ideology guidance to the French people.

Philosophical guidance is always present in building of a great nation, and it is true for the successful brands too. For example, the French-made famous top fashion brand Louis Vuitton or largely referred to as LV, leading the trend for more than a century, persists in its own brand as the philosophical guidance, taking pride of the only leather-goods firm, for instance, it never puts its products on sale at a discount. It destroys stock instead, keeping a close eye on the proportion it ends up scrapping, which they called “destruction margin”.

Because of the persistency of its own brand, LV never gives licenses to outside firms, to avoid brand degradation. Besides, its factories adopt techniques from other industries, notably car making, and even hired quality supervisors from auto-parts suppliers to oversee the quality control. The result is fashionable handbags combined with long-lasting utility.

At FingerTec, We Make Things Easy has become our philosophical guidance. Our vision and mission are centered-around this ideology, to ensure easy deployment of our products in different levels of users and in almost all kinds of industries. With a clear guidance, the marketing and technical supports strategies also can be smoothly drawn and formidably followed by the FingerTec team. 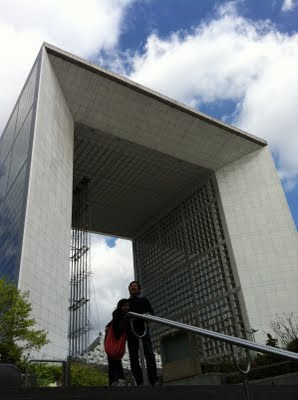 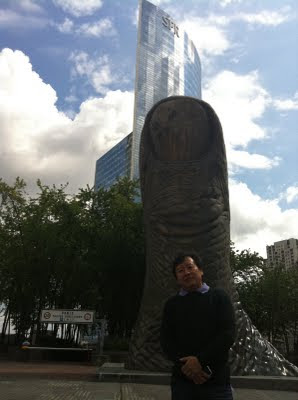 One Finger Solve it All
In July, the weather in Paris was unexpectedly cold. We have particularly enjoyed the French’s culture, exquisite culinary and breathtaking scenery. I spent two days in the labyrinth of mammoth Louvre Museum for the Renaissance’s art paintings and antique sculptures, half day in Orangerie Museum mainly admiring Impressionist artist, Claude Monet (1840-1926) collections - Water Lilies series, depicted in varying time and weather. We also didn’t miss the opportunity to join a local tour group to visit Monet’s mansion at Giverny, where we found the garden pond filled with water lilies that inspired his painting works. 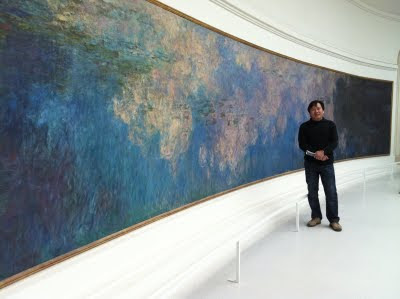 Monet's Water Lilies in Orangerie Museum
When most of the modern cities around the world compete to build the tallest skyscraper, Paris keeps the old and the new separated, and its buildings low (except for the La Defense business district at the Westernmost part of Paris) to maintain its legacies. I assume a proud nation with a wealth pool of history and culture, when heard about a tallest building being built somewhere in the world, can simply disregard the news with an enigmatic smile just like its invaluable painting collection, Mona Lisa, in the Louvre. 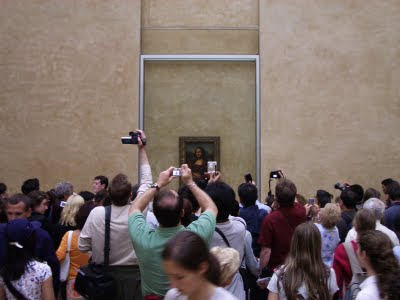 How I lost appetite to admire Mona Lisa in the Louvre

In fact, when we decided to create our face recognition reader, some suggested that we upload a high-tech look of digitalized human face as the startup image and when the reader at the idle mode. But Mona Lisa immediately prevailed without a second thought. And when our new Face ID 3 model is about to take its debut, we will maintain the tradition. Whose face would be more recognizable than the classic Mona Lisa?

My wife, daughter and I arrived for a vacation in Paris on the 15 th of July; a day after the French celebrated their National Day. In...